It has been forever since UFOs have been talked about and constantly battled against being called "conspiracy theories", but there has been more and more information released in the last couple of years. Remember it was only last month that a classified briefing on UFOs left senators 'disturbed' afterwards.

But the latest news is coming from The New York Times, in an article titled 'No Longer in Shadows, Pentagon's U.F.O. Unit Will Make Some Findings Public' saying that a Pentagon unit tasked with UFO sightings and their findings are out of this world. Tucker Carlson broke it down saying that the New York Times reports about "recovered UFOs" that are "off-world vehicles not made on this Earth" -- a direct quote from the New York Times, says Carlson.

Edit: I wanted to clarify it was Eric W. Davis who worked as a consultant to the Pentagon UFO program, now a defense contractor, and gave a classified briefing to the Defense Department. In this briefing, he described what he calls "off-world vehicles not made on this earth".

The New York Times reports: "Despite Pentagon statements that it disbanded a once-covert program to investigate unidentified flying objects, the effort remains underway - renamed and tucked inside the Office of Naval Intelligence, where officials continue to study mystifying encounters between military pilots and unidentified aerial vehicles".

"Pentagon officials will not discuss the program, which is not classified but deals with classified matters. Yet it appeared last month in a Senate committee report outlining spending on the nation's intelligence agencies for the coming year. The report said the program, the Unidentified Aerial Phenomenon Task Force, was 'to standardize collection and reporting' on sightings of unexplained aerial vehicles, and was to report at least some of its findings to the public every six months".

The article, which you can read in its entirety here, adds: "For more than a decade, the Pentagon program has been conducting classified briefings for congressional committees, aerospace company executives and other government officials, according to interviews with program participants and unclassified briefing documents".

You can read The New York Times article 'No Longer in Shadows, Pentagon's U.F.O. Unit Will Make Some Findings Public' right here. 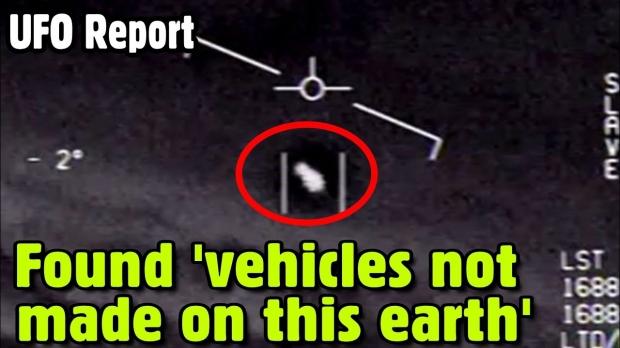