The Morrowind Rebirth team just released a new v5.2 patch that eliminates a ton of bugs while tweaking features, textures, and more. 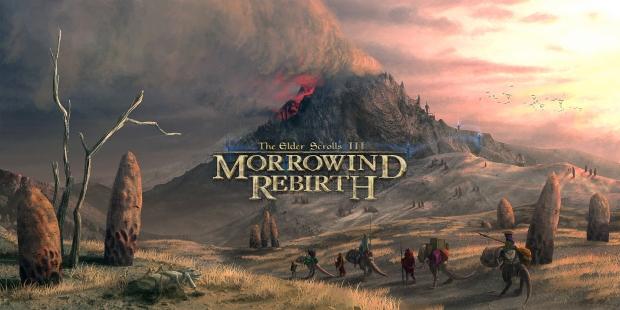 Who's still playing Morrowind in 2020? If you're on PC, you're likely using the ambitious Morrowind Rebirth mod, and you'll be pretty happy with the latest update. Rebirth v5.2 adds a lot of features and content, including a swath of tweaks to gameplay like speechcraft, combat, questing, and a lot of visual upgrades.

Some of the more noteworthy changes are traders letting you buy and sell goods if you have ghoul hearts, changing the early first-quest package to Caius Cosades into an actual package, new supply chests to other factions like Imperial Cult, Thieves Guild, and Morag Tong, making certain ingredients lighter, a new White Guard Hide ingredient, adding a brand new unique St. Meris Shield of Serenity item, and massive changes to the Speechcraft system where NPCs will stop talking if their disposition falls too low.

Other changes include potion buffs, restore health ability nerfs, and some nice overhauls to weapons and armor sets.

Morrowind Rebirth v5.2 is now available, and if you haven't already be sure to download the full mod here. 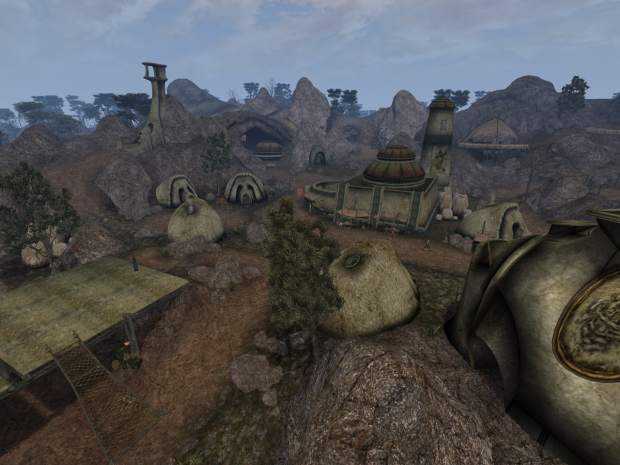 * If your disposition sinks below 15 towards an NPC and you fail to bribe, admire, taunt or intimidate, the NPC will now force a goodbye. Previously you could just keep on clicking, without a proper response.

* The hunger inside Sarano Ancestral Tomb is now hostile by nature. This will prevent issues where it would be difficult to locate it due to being almost invisible when not in an aggressive state.

* The base cost of pre-made spells now have the same cost as if they were autocalculated, meaning they won't be cheaper or more expensive than identical spells that you make yourself.

* The Imperial Chapels interior in Ebonheart now somewhat matches the exterior. Previously the interior space was MUCH larger than the exterior building.

* Reduced the amount of light emitted from Storm, Frost and Earth-Atronachs. Fire Atronarchs are unchanged due to the nature of their element.

* Reduced the amount of light emitted from summons. Additionally the color of the light now matches that of conjuration spell effects.

* Various business owners in Sadrith Mora will now deny services unless you have acquired a set of Hospitality Papers, or is a member of House Telvanni.

* Dunmer that are part of the Twin Lamps, or the Imperial Legion will no longer say "Where is that slave? Not here long ago".

* Made Ashlander heads and hair-styles playable. Some are rather wonky looking, but thought some might find them interesting.

* Some Deadra now have a small chance to spawn near Telvanni settlements in the Grazelands.

* Traders will no longer refuse services if you're carrying Ghoul Hearts.

* The rats inside Vivec, Arena Storage, will no longer respawn.

* The 'Package to Caius Cosades' is now actually a package, and not a simple note.

* Added Mages Guild Supply Chest to the Guild of Mages in Pelagiad.

* Weapon Sheathe support for the Ebony Katana, and Last Wish. (Thanks to Lanjane for the models)

* The White Guar now counts as a unique soul (can be used for CE enchanting).

* Gondoliers now equip torches at night, like other transport NPCs.

* Skeletons now wield a larger variety of shields and weapons.

* Most scrolls are now somewhat cheaper.

Reworked the landscape in and around Gnisis.

* A rather major visual overhaul of the mining town of Gnisis. While this overhaul doesn't add much in terms of "new stuff" it completely changes the landscape in and surrounding Gnisis.

* A somewhat major overhaul of Seyda Neen, making it feel more like a fishing village/port. This overhaul also includes a new headquarters for the coast guard (mentioned in vanilla dialogue), which also serves as the barracks for the Imperial Legionaries stationed in Seyda Neen. As a bonus performance should be better, too.

The end of abusing the speechcraft system

(note that the screenshot is from an earlier test, thus 16 disposition).

* Restore Fatigue: Bargain magnitude from 2 to 4.

* Restore Fatigue: Cheap magnutide from 4 to 8.

* Restore Fatigue: Standard magnitude from 6 to 12.

* Restore Fatigue: Quality magnutide from 8 to 16.

* Restore Fatigue: Exclusive magnitude from 10 to 20.

- This ability is mostly used by 6th House creatures, and some Daedra. This change should make these creatures less of a nuisance to fight.

* Noise duration duration from 30 to 15 seconds.

- Sound is quite a powerful effect, and costly at that. The changes to duration (30 seconds made it too costly tbh), coupled with the base cost change should make sound-spells like Noise worth using.

* Increased the base cost of all bound weapons/armor by 2 points.

* Restore Fatigue base cost from 4 to 3.

* I've gone through all vanilla artifacts, and a majority of them have received buffs (enchantments).

* Electric Slaughterfish speed from 50 to 45.

Hundreds of graphical improvements (fixing UV-issues in this case)

- Fixed an issue where textures didn't line up on the head of the Scrib.

- Fixed an issue where the 'lips' of the guar were horribly streched.

- Fixed a horrible UV issue on the stem of the comberry bush.

* The Dwemer Pauldrons and Boots are now less bulky.

* The Nord 'Simon the Brave have been renamed to something more fitting (Hjornskar Long-Tooth).

* Your lowest odds of success using any speechcraft action will now be 30 %, up from 25 %.

* Fatigue drain per attack changed from 2 points to 3 points.

* Reduced the damage output from elemental shields by 25 %.

* NPCs will now be somewhat more open to greet you.

* NPCs will no longer get super close to you when using hand-to-hand.

* Failed persuasion now grants 0.10 points towards a level-up in speechcraft, up from 0.

* The bounty for stealing artifacts from the Mournhold Museum now matches the values of the artifacts in Rebirth.

* The payment you get for selling artifacts to the Mournhold Museum now matches what you get in Rebirth.

Siege at Firemoth [For Rebirth]

* Grurn is now less of a powerhouse and deals less damage, have less health and magicka regeneration.

* Grurn now counts as a unique soul (can be used for CE enchanting).

* The Ward of Akavir base stats now matches the Dragonscale Towershield in Morrowind Rebirth [Main].