Twitter has been hacked, with some of the largest public figures in the world hit -- including President Barack Obama, ex-VP and Democratic front-runner for the 2020 elections Joe Biden, and more. 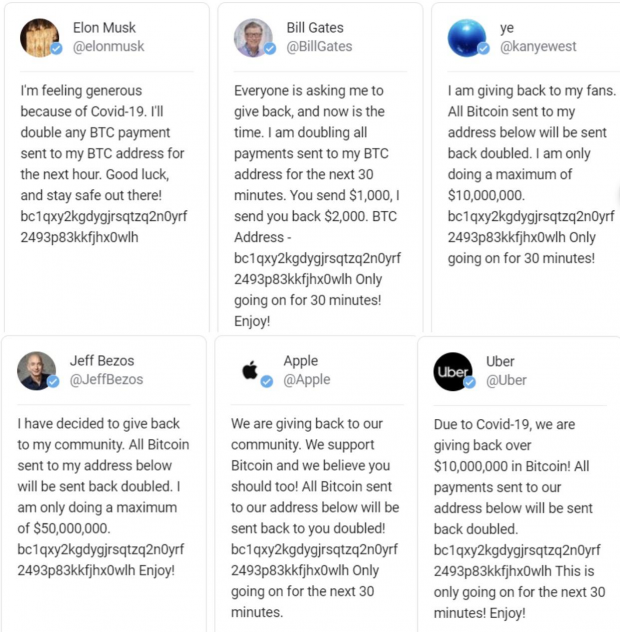 Tesla and SpaceX founder Elon Musk was hit, so too was Amazon owner Jeff Bezos -- and even Apple were compromised by hackers. Their accounts all sent out a bunch of tweets like a traditional cryptocurrency scam: asking users to transfer Bitcoin to a particular Bitcoin wallet, and that they would have their money doubled.

Kanye West, his wife Kim Kardashian West, Michael Bloomberg, Apple, Uber, and a bunch of other accounts were also hacked. As the scam continued to spread, the Bitcoin wallet posted had over 11 BTC sent to it -- racking up over $100,000 very quickly.

No one has taken responsibility for the attack just yet, with Twitter issuing a statement around 90 minutes after the crypto scam began spreading throughout its network.

Twitter said: "We are aware of a security incident impacting accounts on Twitter. We are investigating and taking steps to fix it. We will update everyone shortly".