Indies are the life's blood of gaming and help fill out the giant spaces in between big tentpole releases. And many indies do a better job in conveying and highlighting the more nuanced and enamoring elements of gaming. New titles like Olija from Skeleton Crew Studios looks like one of those games.

Olija is a neat platformer that is kind of like Castlevania on crack. You play as Faraday, a harpoon-wielding survivor who can dish out some serious damage. The game's main hook (pun intended) centers around the harpoon mechanic, which flings you in a stylish blur across levels and right into enemies. I think Eric Lecarde would be proud of Faraday's skills.

The graphics are Atari-esque and have a distinct old-school charm, and the world is unique and eye-catching. All in all the game looks like something special and could scratch that indie itch when it launches later this year.

Here's how Devolver describes the game: "Olija is a story about facing the unknown in adversity with an ultra badass mystical harpoon."

Olija is coming to Switch and PC later this year and there's currently a free demo on Steam.

Olija is a game about Faraday's quest, a man shipwrecked then trapped in the mysterious country of Terraphage. Armed with a legendary harpoon, he and other castaways try to leave this hostile country to return to their homelands. An enchanting action-adventure coming to PC & Nintendo Switch in Fall 2020. 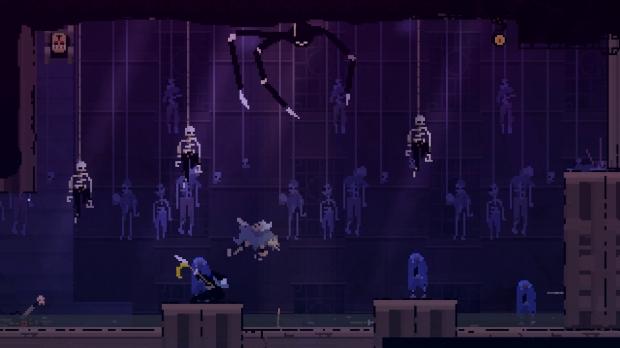