AMD has burst a new hole into the CPU market with Ryzen, where in a few generations it has made some serious damage on Intel's turf -- the company is about to do the same to the GPU market against NVIDIA, and now it could do the same thing to the mobile market with a new SoC against Qualcomm.

A new leak picked up by 'HansDeVriesNL' on Twitter teases the AMD Ryzen Mobile Platform, which is based on the ARM Cortex cores and the first model we're seeing here is the Ryzen C7 SoC and it packs some serious hardware chops. We're looking at an 8-core SoC on TSMC's new 5nm node, and packing AMD's next-gen RDNA 2 architecture on the GPU side of things.

In the leaked deck, it says we're to expect something that hasn't been announced yet (on top of the AMD Ryzen C7 SoC itself) in the Radeon RDNA 2 Mobile GPU. In this leak, the RDNA 2 Mobile GPU is 45% faster than Qualcomm's own Adreno 650 GPU, and it would be the first mobile GPU with real-time hardware accelerated ray tracing and variable rate shading.

AMD's purported Ryzen C7 SoC packs a MediaTek 5G UltraSave modem, LPDDR5 support with UFS 3.1, and up to 2K displays at an ultra-smooth 144Hz with HDR 10+ and 10-bit color depth.

If this is real, Intel is in a seriously bad spot -- a few years of AMD coming in like a wrecking ball in the ARM-based laptop world with the Ryzen C7 SoC. We could see some true dominance between Qualcomm and AMD versus Intel, something I didn't think would've been possible 5-10 years ago. Now? It's a reality. 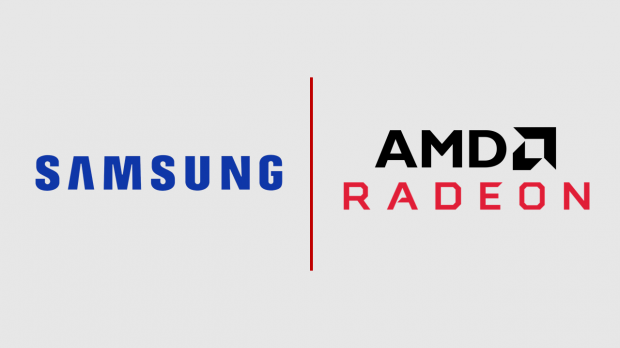 Now, I want to know more about AMD and Samsung's upcoming Radeon mobile GPU that "destroys" the Qualcomm Adreno 650 GPU...