SpaceX and Tesla Motors CEO and founder Elon Musk and his partner Grimes welcomed a baby boy into the world of May 5, shocking the world by naming their son "X Æ A-12". But in the words of Hillary Duff, that is so yesterday. 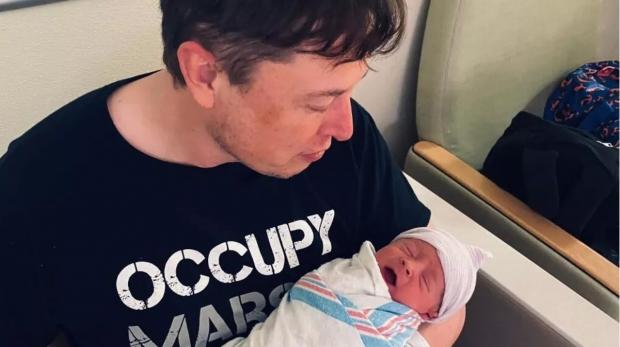 Grimes was recently asked on her Instagram if she and Elon had changed their sons names because of California laws, with a fan asking: "What is the baby's new name". Grimes replied: "X Æ A-Xii".

Why did Grimes and Musk change their son's name? Because California law dictates that official names can only be spelled using the 26 letters available in the English alphabet, hyphens, and apostrophes. Grimes replied to another comment, saying: "Roman numerals. Looks better tbh".

If you don't know how to pronounce Elon Musk and Grimes' new baby's name, you can read more about that here.

The reason behind the name? Musk told Joe Rogan on the Joe Rogan Experience (JRE): "First of all, my partner's the one that mostly came up with the name. I mean it's just X, the letter X, um, and the 'Æ' is pronounced, 'Ash,' and then, A-12 is my contribution. Archangel 12, the precursor to the SR-71, coolest plane ever".