Elon Musk has just announced that he has become a father again, with Elon confirming on Twitter that his Canadian girlfriend Claire Boucher -- who is known as Grimes -- have had a healthy baby boy.

Musk tweeted that: "Mom & baby all good", but it was the next tweet that kinda blindsided me -- Musk was asked about the name of his baby, to which he replied: "X Æ A-12 Musk". Yeah, I think Elon is being serious by saying that he's named his baby X Æ A-12 Musk. I don't even know how to begin to think about pronouncing that.

Musk has been with Grimes for two years now, meeting at the Met Gala back in 2018. Grimes announced her pregnancy on Instagram back in January, but didn't confirm Musk was the father at the time. In March 2020, Grimes was interviewed by Rolling Stone where Musk was confirmed as the father.

If you dig a little into Grimes, you'll see that in February she was interviewed by The Face, where she said she was preparing for the birth of her baby by creating a digital version of herself called WarNymph. I'm not making this up -- so that Grimes can continue to perform in shows, attend photo shoots, and other events without having to physically be there.

She explained to The Face: "Having a digital body allows me to keep working throughout the later stages of my pregnancy, and after I have my baby, so I can spend more time with them. It's hard for me to do photoshoots and fit into clothes at the moment, but WarNymph is here in your magazine promoting my album for me". 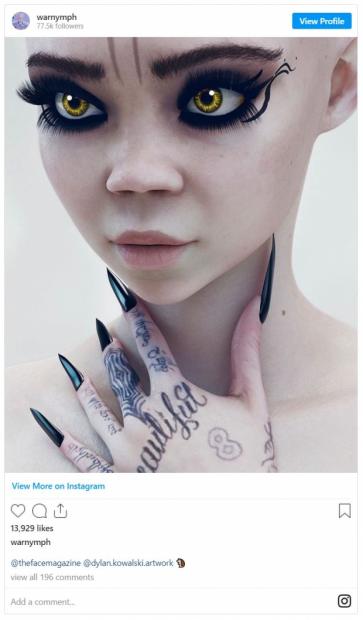 Sasha? That would be a nice name. But Sasha 12? Not so much.

I love this reply -- some people really go all out on Twitter.