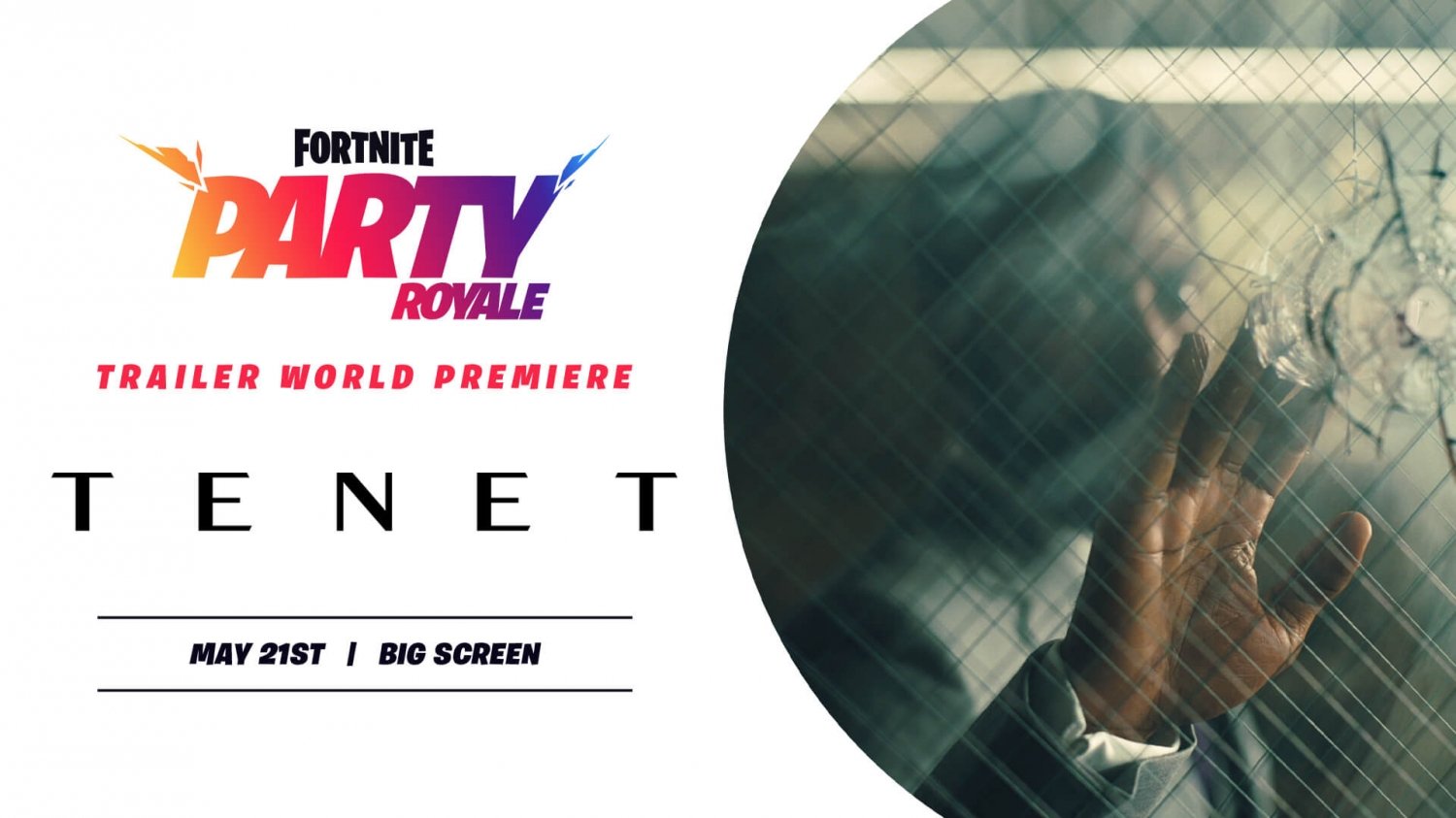 Film companies have a new tactic to help save the movie business during COVID-19: Using Fortnite as a free movie screening platform. Christopher Nolan's new film Tenet will be the first-ever movie that's streamed in a video game--the full feature-length film will be shown on Fortnite's virtual Party Royale stage when it debuts this Summer.

Right now only the Tenet trailer is being shown in Fortnite, but the full film will be shown too.

"As Geoff Keighley revealed, in the next few months we will screen an iconic Christopher Nolan full-length feature film in Party Royale on the Big Screen. Stay tuned for details on which film and when," Epic wrote on its blog.

This has massive ramifications for both gaming and film, and could set a new precedent that sees the two mediums blend even more. Fortnite was obviously chosen because of its massive 250 million playerbase. The idea here is to take advantage of the same powerful engagement as the Travis Scott Astronomical concert, or even the Star Wars Rise of Skywalker trailer publicity stunt.

We might see some sort of monetizable skin pack accompanying the screening in an effort to make microtransaction revenues. But the main idea is to create massive buzz from the free screening--which will work, of course--and spark a kind of Game Pass-like effect for movies.

Offering it for free is just a means to spark actual VOD purchases or movie tickets (whichever will be offered, but we're betting it's the former due to theater close-downs). Fortnite gamers will have seen it, and will spread the word to millions of people and anyone who wants to watch it again will buy it outright. It's basically the equivalent of a big advertisement by temporarily giving away your product for free. A sample, if you will.

Epic promises exact dates for the screening are coming soon.