It looks like the United States just made one of the largest changes in recent years, with the Trump administration paving the way for the future of chip production on American soil.

It first started in 2017 days before Donald Trump was inaugurated as the 45th President of the United States, where I wrote a story that he was pushing both TSMC and Foxconn at the time to consider manufacturing their chips in the US.

Fast forward to 2020 and just days ago the White House was talking with Intel and TSMC to get plants built in the US -- on top of that, throw in the coronavirus pandemic and the tentacle of issues it throws out into the world. Having the world's bleeding edge chips being made in Taiwan which has possible issues with China to face in the coming years, as well as China and global relations post-COVID-19, and we have some glaring issues in worldwide supply of chips that go into virtually all products.

In order to evade that, the US would need to make chips (and the world's best at that) on American soil -- something Trump has championed for since he was still President elect. But now, talks have appeared to be solidified with The Wall Street Journal that TSMC is reportedly looking to build a silicon fabrication facility in Arizona.

TSMC's new fab would make 5nm chips at first, and then continue its dominance into smaller nodes over the years -- all made on American soil, and possibly (something I'd love to see again) with "Made in the USA" applied -- or at least we'll all know those specific chips were Made in the USA.

The US government has "involvement" in the deal with TSMC, with the State and Commerce departments of the US federal government making TSMC turn around on the deal. The Trump administration also made some very specific national policy changes in regards to manufacturing -- all post-COVID-19 happening, to make sure supply chains between Asia and the US aren't disturbed like this again.

Having a world-class fabrication plant in the US will be a big deal not just for the country, but a big deal that Trump will leave his fingerprints all over in the decades to come when the US could become the #1 country in the world when it comes to making the most bleeding edge chips on this planet. 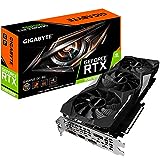