Respawn Entertainment and EA have just kicked off Season 5 of battle royale giant Apex Legends, introducing an all-new character, a modified version of Kings Canyon, balances, tweaks, and so much more.

The new character hitting the roster in Apex Legends is Loba, which we've known about for a little while now: but now she's official, and you can play with her now that Season 5 is here. Loba is a master thief, where she has the ability of seeing rare loot through walls -- as well as being able to suck up loot in vicinity to herself, and even teleportation.

Loba isn't the only major new thing in Season 5, with Respawn making some big changes to Kings Canyon by introducing a totally new area: Skull Town. Normally there were a bunch of buildings hanging out in the middle of the desert, but now there is a military facility and underground base for you to have battles in -- and most of all, explore for loot. 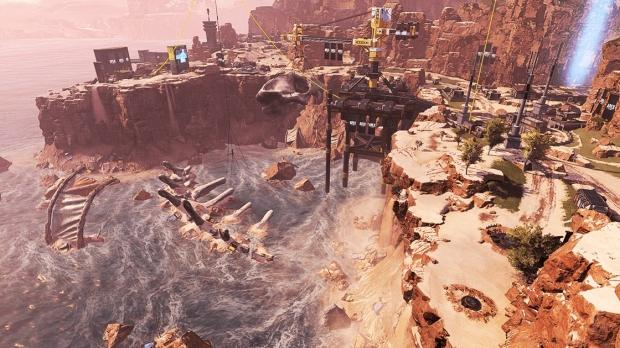 Apex Legends' new Season 5 update is quite hefty as well, weighing in at 36GB through Origin on the PC.

Respawn is also introducing a new PvE mode in Apex Legends, which the developer calls Hunts -- and it's part of Apex Legends' first quest: The Broken Ghost. In this mode, players will need to unlock Hunts by finding Treasure Packs in the game. The packs themselves drop at random, with players able to find them in chests found in any round they play. 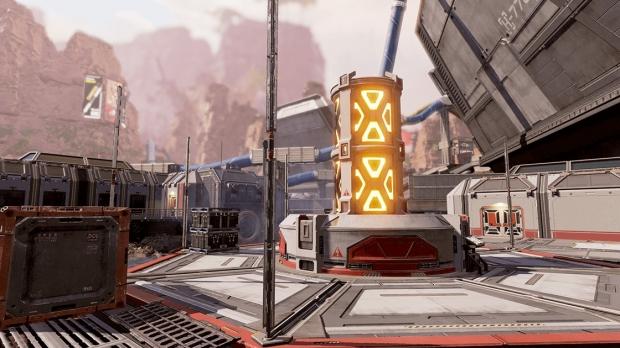 There are now Charge Towers in Apex Legends, which are new devices that were unearthed in the excavation of Kings Canyon. Activating a Charge Tower will charge any Legends standing on the platform to full Ultimate, ready to go, with an almighty blast outwards once activated.

The developer will be launching the first Hunt next week, with Apex Legends to see 9 separate Hunts before the season is over. If you finish all 9 of the Hunts then you'll receive a special cosmetic award. 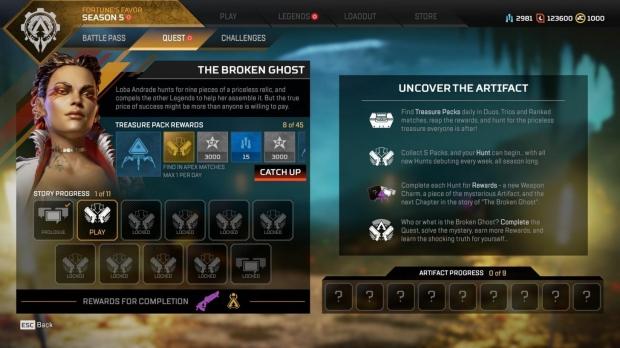 Respawn is also moving all seasonal content, into its own tab that you'll find in the lobby. In this new section, players will find their Battle Pass, Quests, and Challenges tabs. The developer said that future events in the season will also be found here as they begin to roll out.

As for tweaks and balances, Respawn has done a bunch of work here which involves some characters receiving big nerfs, to others getting watered down. You can read the entire patch notes here.