You might know him as Olaf from the Frozen franchise of movies, but Josh Gad has a new show called "Reunited Apart" -- where Gad gets in most of the main actors and people behind Back to the Future. Check it out:

If you're like me you'll be completely geeking out over the video, and while I won't give anything away -- you'll be surprised by how many people join the Back to the Future reunion. Gad of course gets the main actors in Michael J. Fox, Christopher Lloyd, and Lea Thompson -- but also director Robert Zemeckis and composer Alan Silverstri.

Gad first revealed his new YouTube series on April 27, kicking things off with the cast of another one of my most favorite movies of all time: The Goonies. You can check that one out here. I may or may not have teared up many times writing this news and watching this video (and The Goonies Reunion). So awesome!

In other Back to the Future related news, check out this deepfake of Avengers Endgame stars Tom Holland and Robert Downey Jr. being deepfaked into the roles of Marty McFly and Doc played by Michael J. Fox and Christopher Lloyd. 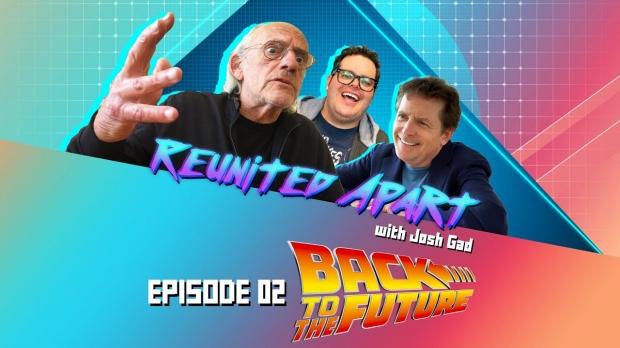 Back to the Future Trilogy [Blu-ray]