Samsung and AMD cooked up a mobile GPU partnership in the middle of 2019. The fruits of that GPU partnership aren't expected until 2021, according to previous AMD statements. Since the partnership was first announced, few details have surfaced. New information claims that despite the coronavirus pandemic, Samsung and AMD are still on track to hit that 2021 release date. AMD is reportedly in the process of optimizing the custom GPU that will be integrated into Samsung devices in the future. More recently, a glimpse of what smartphone fans can expect from the chipset surfaced with leaked synthetic early test scores from GFXBench. Those leaked scores showed that the AMD GPU for the coming Samsung flagship devices scored 181.8 frames and the Manhattan 3.1 test.

That's about 13% better performance than the Adreno 650 used in the Qualcomm Snapdragon 865. The AMD GPU also averaged 138.25 in Aztec Normal and 58 frames in Aztec High. Those results are said to be about three times better than the Adreno 650. Expectations are that the AMD Radeon GPU will first turn up inside Galaxy smartphones with the Samsung Exynos 1000 SoC, which is believed to be the name for the successor to the Exynos 990.

Reports also claim that Samsung is working on a revised 7nm SoC with improved performance after a thorough trouncing by the Snapdragon 865 in performance. Samsung's revised SoC could be called the Exynos 992 and is believed to be the chipset that will power the Galaxy Note 20 smartphone expected in August. As with all rumors, take these with a grain of salt as there may be no truth in them. We do know that the Galaxy Note 20 and Galaxy Fold 2 are both expected in the second half of 2020, Samsung confirmed that along with its Q1 financial results. 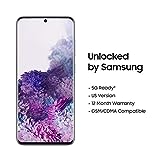