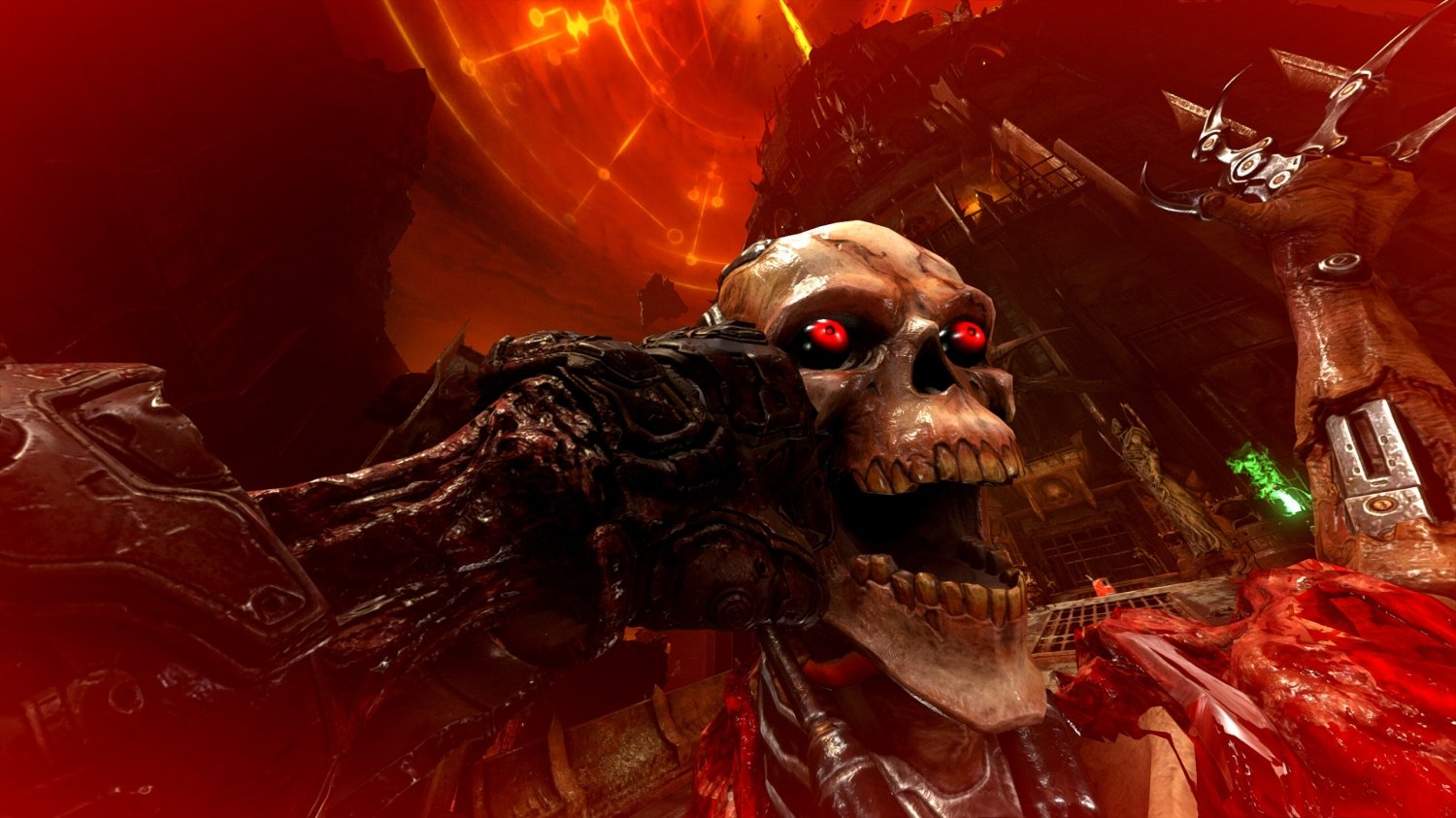 Fans aren't happy with id and Bethesda right now, and it all stems from a fallout between Doom OST creator Mick Gordon and id. The consensus is Bethesda shafted Mick Gordon by mixing his tracks and "ruining" the OST. But the real story is far more involved, and the truth is not any one person is to blame. id Software executive producer Marty Stratton reveals what actually happened and why.

According to Stratton, id's relationship with Gordon is quite complicated. Gordon is the reason for the soundtrack's delay. The rocker requested a 4-week extension, which ended up turning into a 6-week extension, and id was concerned the deadline wouldn't be hit. So Mick suggested a team-up with id's audio designer to help fill in the tracks. id didn't butcher Gordon's OST. The truth is, Gordon's OST wasn't actually finished in time, and had to depend on tracks and content created by id's lead audio designer.

"Over the past couple weeks, I've seen lots of discussion centered around the release of the DOOM Eternal Original Game Soundtrack (OST). While many fans like the OST, there is speculation and criticism around the fact that the game's talented and popular composer, Mick Gordon, edited and "mixed" only 12 of the 59 tracks on the OST - the remainder being edited by our Lead Audio Designer here at id.

"Some have suggested that we've been careless with or disrespectful of the game music. Others have speculated that Mick wasn't given the time or creative freedom to deliver something different or better. The fact is - none of that is true."

"As for the immediate future, we are at the point of moving on and won't be working with Mick on the DLC we currently have in production."

"This is all important to note because Chad only had these pre-mixed and pre-compressed game fragments from Mick to work with in editing the id versions of the tracks. He simply edited the same music you hear in game to create a comprehensive OST - though some of the edits did require slight volume adjustments to prevent further clipping," Stratton said.

"The tracks Mick delivered covered only a portion of the music in the game, so the only way to deliver a comprehensive OST was to combine the tracks Mick-delivered with the tracks id had edited from game music."

That's quite the saga. Both sides are to blame; first id wanted to create an OST in just 3 months, and then Gordon helped incite huge pushback based on incomplete information. Neither Gordon nor id are the bad guys here, and sometimes business relationships don't pan out.

But the huge wave of attacks on an audio designer who helped save id from a tight spot probably served as the breaking point.