The ESRB has updated its new in-game purchases label warning with even more transparency and will now disclose a game's randomized elements. 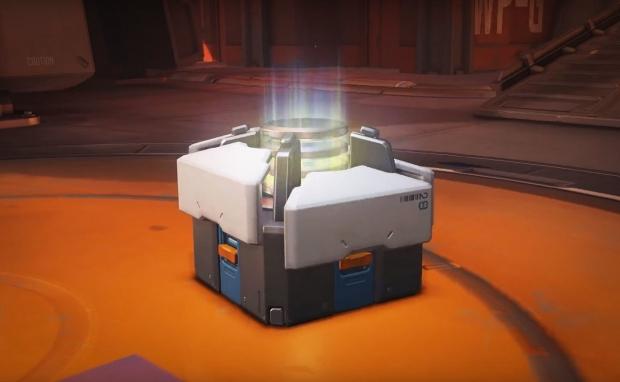 The new label would specifically mark games with random microtransactions, namely lootboxes. This has huge implications for the live games market, which is thrived under blind awareness for years now. This is a particularly interesting move from the ESRB, especially since it said lootboxes aren't gambling back in 2017. Publishers have tried to circumvent the label warnings by delaying microtransaction roll outs until after a game box is printed and released in stores, and this has actually worked in the past.

"This new Interactive Element, In-Game Purchases (Includes Random Items), will be assigned to any game that contains in-game offers to purchase digital goods or premiums with real-world currency (or with virtual coins or other forms of in-game currency that can be purchased with real-world currency) for which the player doesn't know prior to purchase the specific digital goods or premiums they will be receiving (e.g., loot boxes, item packs, mystery awards).

All microtransactions aren't the same and it's great to see the ESRB realizes that.

There's lootboxes, which give random rewards with staggeringly bad odds, and there's purchases from an in-game store that shows you exactly what you can buy. One's a lot more like gambling than the other. There's an entire billion-dollar market built off of randomized microtransactions--games like NBA 2K and FIFA make hundreds of millions every year--and regulatory bodies are starting to get involved to warn consumers.

Microtransactions--and more specifically lootboxes--have changed how games are not only played, but how they're made. Big publishers build their games around live service monetization potential, gating off key elements behind a heavy progression system while selling shortcuts for real money. As Jim Sterling aptly puts it, games-makers are creating a problem and selling you the solution.

As a result of intense stress and scrutiny from worldwide governments and regulatory bodies, publishers are now starting to pivot away from lootboxes in favor of straight cosmetic purchases. Rather than buy a random grab bag full of unknown gear, publishers are selling cosmetics, boosts, and other customizables with in-game storefronts.

This should be the new norm going forward...except in titanic moneymakers like FIFA and other annualized sports games that thrive from lootbox mechanics.