Mortal Kombat fans should be shaking in their boots with excitement for the new animated film called Mortal Kombat Legends: Scorpion's Revenge.

This wouldn't be a Mortal Kombat if it wasn't blood-soaked action, and that's exactly what is seen in the latest Red Band trailer that just released. The trailer was released on the official Mortal Kombat Twitter page, and we can see what part of the Mortal Kombat universe the story will surround. If the title of the movie wasn't a dead giveaway, this animated movie will focus on Scorpion's revenge on Sub-Zero for murdering his family.

If you are a Mortal Kombat fan, then you'd probably already know the story between Scorpion and Sub-Zero, but if you aren't, here's a quick breakdown. In the trailer, we see Sub-Zero murder Hanzo's (Scorpion) entire family and almost kill Hanzo. Hanzo is then quickly saved by the sorcerer Quan Chi who then resurrects Hanzo to fight in a "once in a generation" tournament. Hanzo then gives up his name, saying, "Hanzo is dead, call me Scorpion", and will compete in this tournament to get revenge on Sub-Zero. 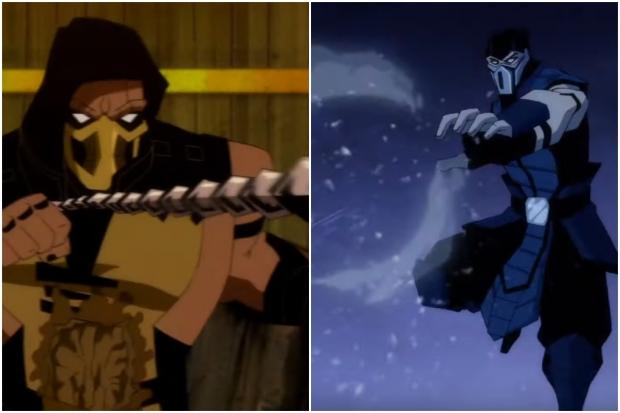