AMD talked about its next-gen Zen 3 architecture during its recent Financial Analyst Day, which will be followed up by the Zen 4 architecture the year after. 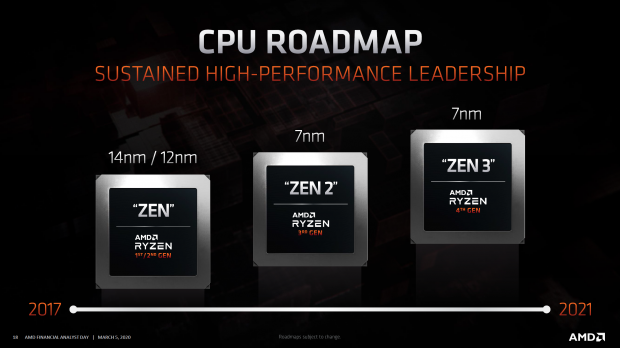 Zen 3 will be a completely new architecture, delivering improvements in virtually all areas of the CPU. The recent Zen 2 architecture had a big IPC gain, something that is quite normal -- but the performance jump with Zen 3 over Zen 2 should be much bigger.