A mysterious new Star Wars game called Project Maverick has stealthily appeared on the European PlayStation Store, possibly hinting at a reboot, remake, or remaster of a popular starship simulator. 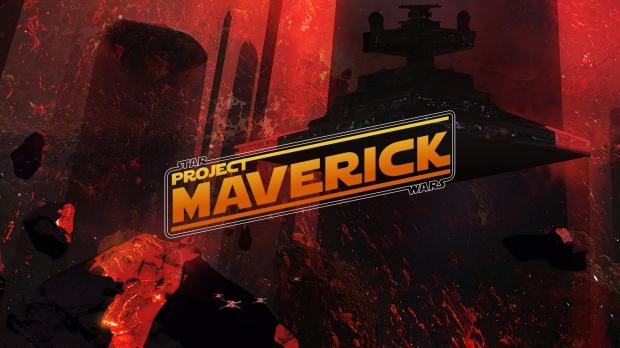 EA may release a new Star Wars game in 2020 after all, and it could be a Rogue Squadron remaster. The newly leaked Project Maverick art strongly hints at an aerial starfighter game set in the classic trilogy, showing a brace of X-Wings hurdling towards a Star Destroyer. The locale is possibly Mustafar, the fiery lava planet where Darth Vader was essentially born.

This kind of game makes sense for EA and can recycle assets, features, and overall mechanics from previous titles. Project Maverick could leverage the existing ship-to-ship combat found in Star Wars Battlefront II, for instance, complete with enhancements in the DICE engine. Or it could be an entirely new entry in the Rogue Squadron franchise complete with its own story arcs, new ships, and chaotic battles. There's lots of possibilities here.

Project Maverick could also be a VR-exclusive game that's meant to supplement core games like Battlefront II, which is still going strong with new content, and Jedi: Fallen Order, a mainline singleplayer-only game that should get new paid DLC expansions in 2020.

Such a game could restore the balance of the Star Wars gaming release timeline. EA had originally planned to launch a new game from EA Vancouver in 2020 called Project Viking, but it's since been cancelled like so many other projects.

Neither EA nor Disney has talked about Project Maverick publicly, but we could hear more info at EA's Q4 earnings report in the coming months.