First there was Viewtiful Joe, then The Wonderful 101. Now there's Project GG, PlatinumGames' next wholly-original IP under director Hideki Kamiya.

PlatinumGames is on a roll. The company just announced Project GG A Go! Go!, a new hero-based game where giant mechs battle monstrous kaijus across a sprawling cityscape. The game will be directed by Hideki Kamiya and produced by Atsushi Inaba, and is the last chapter in Kamiya's superhero saga. It's also company's first-ever self-published game. This freedom lets PG live out the indie dream with total control over Project GG's direction--there's no publisher looming over their shoulder and checking every little detail.

Kamiya is careful to say that Project GG is a long ways away and that the team is inheriting lots of new hurdles and responsibilities with self-publishing.

"It's my honor today, at long last, to announce an all-new, all-original project from PlatinumGames. In the fourteen years since we founded this company, we've worked towards the dream of making and releasing a game based on a Platinum intellectual property. Now, we're finally stepping up to that starting line.

"Project G.G. is different. Unlike any of the games we've made so far, it's going to be a 100% PlatinumGames title. For everything from its setting and characters, to its game design and story, to how it's promoted - PlatinumGames is in full control." 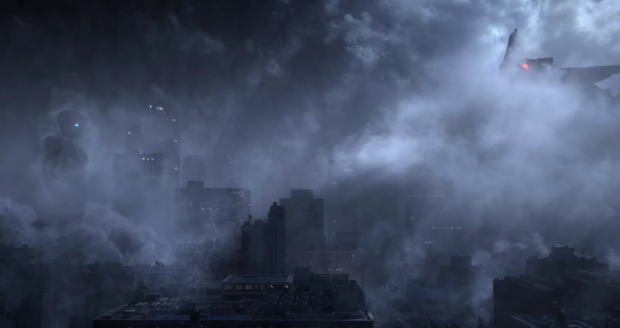 PlatinumGames is currently working on a number of titles including Babylon's Fall for Square Enix, Bayonetta 3 for Nintendo, and possibly an Astral Chain sequel as well. That's on top of the Wonderful 101 remaster that's coming soon, and today's Project GG.

And now with its big investment from Tencent, PlatinumGames is in control over its future IPs.

It's fantastic to see PlatinumGames evolve in this way and have total freedom over its future. We first heard about a "formless, shapeless new IP" back in 2017 and reported on the company's self-publishing aspirations in 2018.