Samsung will be unveiling and detailing its new Galaxy Z Flip foldable smartphone at its Unpacked 2020 event on February 11, but it looks like the name of the phone could be wrong -- drop the Galaxy, and it could just be the 'Z Flip'. According to a new trademark submitted by Samsung in Europe, the company could be calling its new foldable phone the Z Flip. Samsung Electronics filed for the trademark with the EUIPO (European Union Intellectual Property Office) on February 7, kinda confirming that its new foldable will be called the Z Flip, and not the Galaxy Z Flip.

Samsung first introduced the Galaxy branding in 2009, but it has gone through many changes over the years -- and one of the biggest ones will be this year with the introduction of the Galaxy S20 range of smartphones. Samsung has gone from the original Galaxy S through to the Galaxy S10 -- but is changing things up to the naming system with the move from S10 to S20 instead of S10 to S11. The shift away from the Galaxy brand with its Z Flip is an interesting move, however. 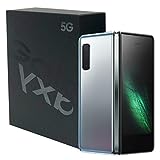