Valve confirms that Left 4 Dead 3 isn't in the works as a VR port or fully-fledged shooter, squashing years of rumors, reports, and carefully-sifted datamined info. 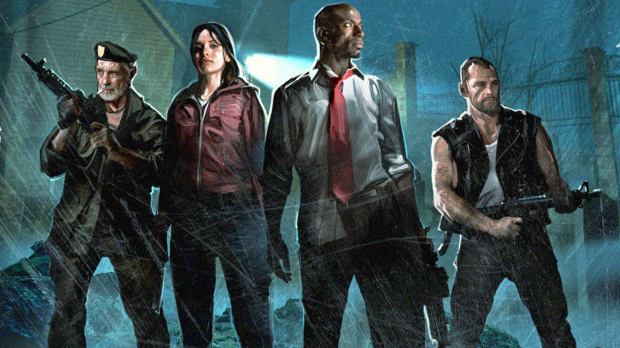 Today Valve dropped a bombshell: The Left 4 Dead series is pretty much on ice, and has been for quite some time. That means the oft-rumored Left 4 Dead 3 isn't happening any time soon.

"We are absolutely not working on anything L4D related now, and haven't for years," Valve told IGN. "We did briefly explore some Left 4 Dead next gen opportunities a few years ago."

This lines up with older L4D3 concepts that were uncovered last year. The unfinished environments showed a Middle-Eastern theme with an updated map based on Counter-Strike's Dust II, and also mirrored early Moroccan-themed character concepts.

It's likely Valve was experimenting with a VR port of Left 4 Dead. Shortly after Half-Life: Alyx's announcement, key Valve devs confirmed the team tested out various franchises in VR to see which ones fit best.

"There's projects we've worked on in the past 9 years that people never heard about and that never shipped," Valve's David Speyrer said in a November 2019 interview with Geoff Keighley.

"All along the way in building Source 2 we tried various games in different franchises. Each of them kind of moved the engine forward in some way and explored some ideas, and they were all back-burnered for good reasons I think. They were more like milestones along the way to get where we are with Half-Life: Alyx.

"I think it'd be really fun to delve back into those [games]."

Right now Valve is full-steam ahead of Half-Life: Alyx, the VR-exclusive Half-Life 2 prequel. Valve also says that the VR game is a precursor to more Half-Life games, and that Half-Life 3 is still possible.