Doom Eternal isn't just the best Doom game id has ever made, but their best game altogether. That's a pretty tall order, but it looks like id can deliver.

id Software is teasing big things for its new brutal demon-slaying shooter. Not only will Doom Eternal deliver insane next-gen FPS carnage with ultra-smooth frame rates, but it'll do with the best-looking graphics id's new revamped engine is capable of. The delay will apparently be well worth the wait.

"DOOM Eternal is the best game we have ever made," id lead engine programmer Billy Khan said on Twitter.

"It is brilliant. I cannot wait for everyone to finally play it. It runs butter-smooth, the combat is fluid as silk. idTech7 is pushing so much geometric detail and the image quality is bonkers. Get excited!"

Doom Eternal is also the most ambitious Doom game id has made so far in terms of content. This time around Doom Slayer will dish out ultra-violent havoc on both heaven and hell, massacring monstrosities across multiple dimensions. id has packed in double the demons with returning hellions jumping back in the fray, alongside new foes like the double ax-toting Gladiators. 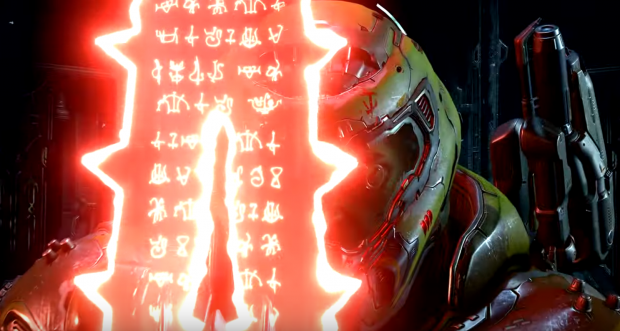 Eternal will also be tremendously grindy with tons of upgrades, secrets, and lore to uncover. The levels are big and there's puzzle dynamics interspersed, complete with a new level of verticality made possible by the grappling hook (Doom Slayer also has a flamethrower and wicked Predator-style arm blade).

Engagement is a core focus for id Software this time around and we expect the team to embrace all aspects of it, including time-soaking mechanics as well as in-your-face action at every turn.

Doom Eternal isn't just a one-and-done game, though. It's the start of a new Doom universe and id's massive investment into the new id Tech 7 engine will fuel future Doom games.

Doom Eternal razes hell on March 20, 2020 on PS4, Xbox One, and PC. A Switch version is coming sometime later.