Raytracing is a game-changer that breathes a new level of immersion and visual quality in specific games. We've seen it in Control, whose reflections are absolutely dazzling with RTX on, and now the same enhancements are coming to Wolfenstein: Youngblood.

MachineGames today released a patch that not only tightens up frame rates and optimizations across the board, but adds in RTX support. The game is kind of a strange choice for raytracing--it's a game based around co-op multiplayer and engagement where fidelity doesn't necessarily matter as much as it would in singleplayer FPS titles--but it's nonetheless a shooter set in a kind of small-scale, verticalized world with a stylized Nazi-occupied 80's vibe. So there's plenty of opportunities to show off the new lighting and reflection effects.

It's possible this is a test run for both Doom Eternal and Wolfenstein 3, which should both support raytracing on PC (and next-gen consoles like the PlayStation 5 and Xbox Series X). 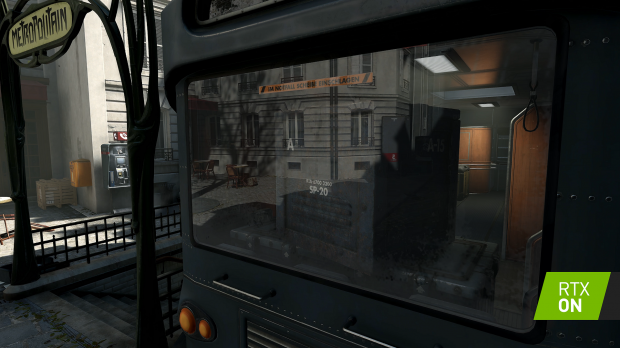