It looks like AMD Radeon and NVIDIA GeForce graphics cards could get a little more expensive in 2020, with a new report from DigiTimes suggesting graphics card prices will rise because of the current DRAM shortages. 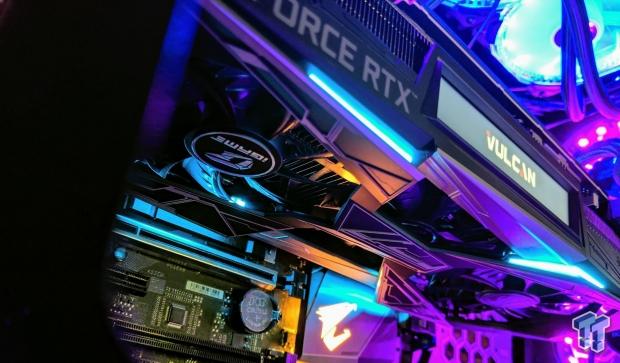 DigiTimes reports that GDDR memory is expected to rise in price sometime during Q1 2020, somewhere over 5% according to DigiTimes' source in DRAMeXchange. DRAMeXchange explains: "Graphics DRAM is more sensitive to demand change than other types of memory products, so its price fluctuations can be dramatic as well. With OEM clients raising their stock-up demand, Graphics DRAM contract prices are projected to increase by over 5% QoQ, the highest among all memory products".

The move by both NVIDIA first with its new Turing-based GeForce RTX graphics cards, and then continued with the Navi-based Radeon RX 5700 series prompted this as both GPU makers moved on to GDDR6 memory. The upgrade from GDDR5 memory to GDDR6 is causing supply issues as less and less GDDR5 is ordered, while GDDR6 memory is in huge demand.

Not only that, but both next-gen consoles in Microsoft's upcoming Xbox Series X console and Sony's new PlayStation 5 console will both utilize GDDR6 memory -- and a lot of it. More memory than the 4GB/8GB used on the majority of NVIDIA GeForce and AMD Radeon graphics cards.

GDDR6 production is expected to expand by 15% collectively between Samsung, SK Hynix, and Micron -- so there is a possibility that the graphics card prices will stabilize and we might not even see prices increase. NVIDIA and AMD are expected to unveil next-gen graphics cards throughout 2020.

NVIDIA will launch its next-gen Ampere range of graphics cards, which should be the first consumer GeForce graphics cards on the 7nm node while AMD will continue with 7nm and 7nm+ with its RDNA 2.0-based cards and what should be Navi 20 as the flagship GPU of 2020 -- all of these will use GDDR6, while some of them will use HBM2 and HBM2E memory.