Intel will be launching its new Comet Lake-S processors in April 2020 according to the latest rumors, a new CPU family that will launch alongside the Z490 chipset and a slew of new motherboards. The new Z490 chipset will reportedly be joined by the W480, B460, and H410 which will be destined for the workstation, business, and entry-level markets, respectively. The new flagship Z490 chipset would go hand-in-hand with the new Comet Lake-S processors which will arrive with up to 10C/20T, yet it'll still only offer PCIe 3.0 versus PCIe 4.0 offered on AMD's new X570 chipset. 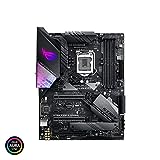