During Microsoft's XO19 event, the publisher officially revealed when Minecraft Dungeons would be released on all platforms.

The above release date announcement trailer has been uploaded to the official Xbox YouTube Channel. The trailer doesn't really show that much at all, besides the official release month for Minecraft Dungeons. Microsoft will be debuting developer Mojang's next game sometime in April 2020. It will be arriving on the PS4, Xbox One, Switch, and PC all at the same time.

For those that don't know what Minecraft Dungeons is, the game will introduce players to a new range of nasty mobs, some sweet multiplayer dungeon-crawling action, new items, personalizations for characters, quests and more. This will mark the first game Mojang has developed since the original Minecraft. If you are after more information about Minecraft Dungeons be sure to check out the other trailer here. 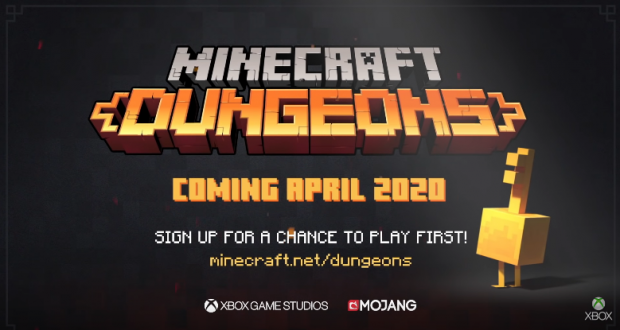