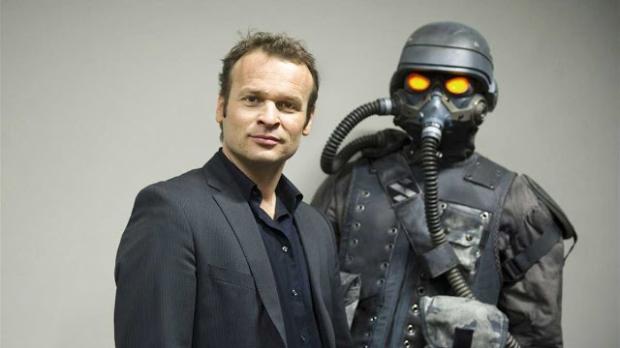 Today Sony announced Hermen Hulst, who directed Guerrilla Games through decades of Killzone games, has been appointed to Head of Worldwide Studios at Sony Interactive Entertainment.

In this position Hulst will lead coordinate with all of Sony's big developers to streamline first-party games development, from Insomniac Games in California to Guerrilla Games in the Netherlands. Hulst hasn't technically replaced Shawn Layden's departure as Chairman of SIE Worldwide Studios, but Hulst will fulfill a lot of the same duties.

Given Hulst's experience at leading and co-founding Guerrilla through years of games development for PlayStation platforms, and helping create one of the biggest first-party PS4 games to date, he's en excellent choice to push Sony's new next-gen endeavors.

"I have worked closely with PlayStation and the entire Worldwide Studios family since 2001, and I have the utmost respect and admiration for the creative talent and ambitious ideas within the network of studios across the US, Europe, and Japan," said Hulst, Head of Worldwide Studios. "I am beyond excited to have the opportunity now to lead such an inspired and talented team whose singular mission is to build amazing games for PlayStation fans."

Hulst will no longer serve as director of Guerrilla Games, but will still coordinate with the team on big new games like Horizon Zero Dawn 2. Guerrilla will now be directed by a multi-person team made up of Angie Smets, Jan-Bart van Beek and Michiel van der Leeuw.

This appointment comes after Sony restructured its internal studios and executive branches, which saw the departure of Shawn Layden and Jim Ryan's move to SIE president.

Current SIE President Jim Ryan says this restructuring will allow the company to streamline global operations with a single line of communication, marketing, and product management.