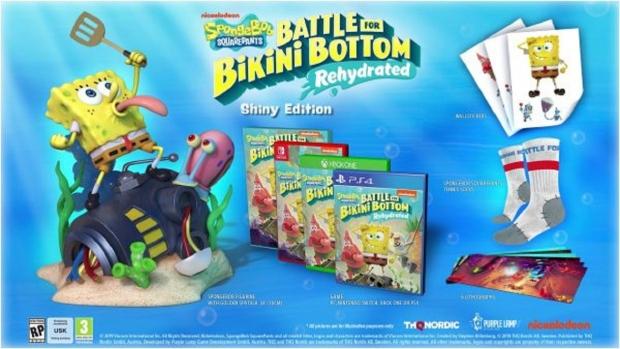 Firstly, the 'Shiny' edition includes the following: a copy of the game, an eight-inch figurine, wall stickers, six lithographs and a pair of SpongeBob SquarePants tennis socks. The 'F.U.N' edition is the larger of the two, including: a copy of the game, the figurine, two more 18 and 20 cm figurine of Patrick and Sandy, wall stickers, tiki keyrings, six lithographs and the socks.

The 'Shiny' editions comes in at a price of $149.99 and the 'F.U.N' edition comes in at a hefty price of $299.99. The game will be launching on PS4, Xbox One and PC sometime in 2020. At the moment there has been no official release date announced as of yet. I will be sure to update you with a follow-up article once it is.