Psyonix has taken to their official Rocket League blog to announce that all Rocket League players on all platforms will soon be getting some free DLC's. 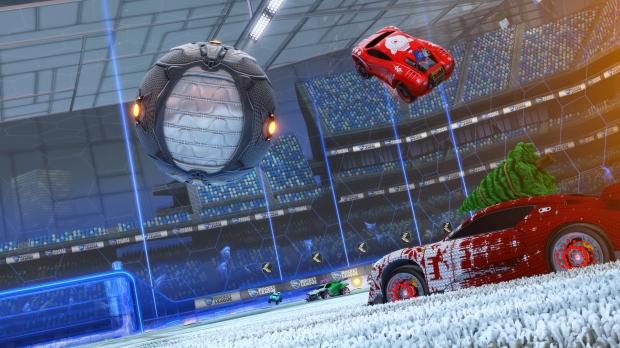 The blog post says Psyonix will soon be discontinuing the following DLC's; Supersonic Fury, Revenge of the Battle-Cars, and Chaos Run. Since these DLC packs are soon not going to be available for purchase, Rocket League players will instead be gifted with all of their contents completely free of charge.

This means that players will soon have access to the vehicles, decals, paint finishes and wheels of Dominus, Takumi, Scarab, Zippy, Ripper, and Grog. It was also noted in the blog post that players that have purchased any of those DLC's will be eligible for a re-fund through the platform they are playing on. Unfortunately, Psyonix didn't mention a solid release date for this content, but instead they said that they will follow-up with an announcement before the end of the year.