EA has announces that there are now over 10 million people playing FIFA 20, with it on the PC, Xbox One, PS4, and Nintendo Switch. 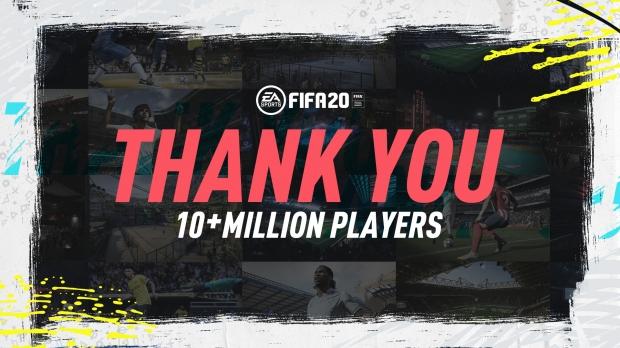 FIFA 20 launched on September 27 for all four platforms, and while EA says the game has 10 million players that does not mean the game has sold 10 million copies. FIFA 20 is available through EA Access and Origin Access, giving certain subscribers access to the game, meaning they didn't purchase it.

The 10 million FIFA 20 players have duked it out in over 450 million matches, and kicked 1.2 billion goals so far. One of the new features introduced with FIFA 20 is the new Volta mode which is a street soccer version of the game, shifting away from the stadium-based game we've come to know and love since its debut back in 1993.