A new Predator VR game will do for intergalactic hunters what Batman: Arkham VR did for the Caped Crusader.

Predator VR aims to bring the suspenseful chaos of the Arnold Schwarzenegger classic to your HTC Vive, Oculus Rift, or Valve Index headset.

In development from Phosphor Studios and produced by FoxNext Games, Predator VR will offer three different modes: a campaign mode where you play as a soldier, an online PVP mode where one player hunts down soldiers as the Predator, and Predator Rampage, which sounds like a survival horde-style experience. The game will also give you bonuses for decapitating soldiers in the multiplayer mode (wicked!).

All of the Predator's iconic tech is intact, from the cloaking to thermal vision, wrist blades that slice and dice prey, and the explosive plasma cannon. The screenshots are a bit iffy though, but the gameplay in the trailer looks solid enough. 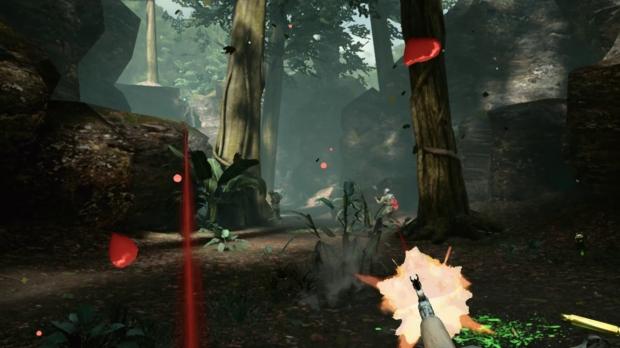 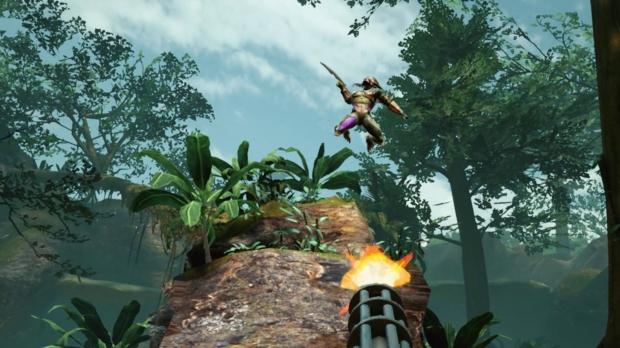 It sounds like Predator VR is an extension of the new PvPvE Predator: Proving Grounds game, a multiplayer-only project from the team who made Friday the 13th: The Game.

FoxNext is also working on a big new Alien MMO shooter for consoles and PC.

No release date was given, but we did get a nice little info drop:

Predator VR drops you into the explosive action of the 1980's blockbuster movie in the ultimate VR showdown between an overpowering Alien hunter and an elite soldier. Multiplayer, Soldier Campaign and Predator Rampage modes.

In the single player campaign, fight through intense action movie moments in a hunt through the jungles of Panama, and the claustrophobic maze of a Siberian secret base. Playing as an elite soldier, lead a squad of two NPCs and utilize an arsenal of deadly ballistics boasting the best of 1980s firepower including assault rifles, shotgun, .50 cal Desert Eagle and a chain gun to destroy The Predator.

As The Predator in Rampage Mode, hunt down your prey using advanced alien technology: thermal vision, cloaking, a plasmacaster cannon and blade gauntlets to impale enemies and rip out their spines.

In Multiplayer, get immersed in the hunt as a soldier or The Predator to find your target and take them down. Survival is up to you: will you be the hunter or the hunted?

Playing as the soldier, you will hear foul language and see blood while fighting against armed opponents and a Predator who likes to decapitate humans. Playing as the Predator, you will be attacking humans with a shoulder cannon and wrist-mounted blades with additional rewards for pulling their heads off.