Nintendo is just about to launch the app everyone has been waiting for, Mario Kart Tour for mobile.

Above we have the first episode of Mario Kart Tour News which informs players what the game will feature and what options they will have available to them. From the video we learn that the first tour will be located in New York City and that future Tours will be based on real-world locations.

We are also introduced to how the game will control. Simple up, down, left and right thumb maneuvers will be gamers controllers (an image has been provided in the entirety of this article). It is also detailed that certain drivers will only be available during certain tour times, and that for gamers to play Mario Kart Tour they must have a registered Nintendo Account. Google Play Store link here and Apple Store link here.

Before the app releases, I'd advise anyone who hasn't already yet signed up to Nintendo to do so, then just wait until the app is available to download at 4AM ET. 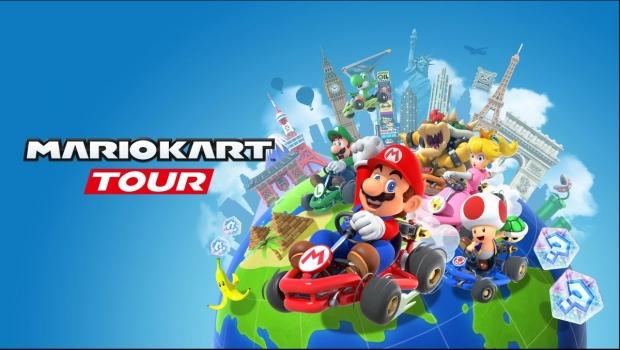