I didn't think I'd be typing this today but here it goes -- a female walrus has attacked, and successfully sunk a Russian Navy rescue boat by a female walrus. The walrus was most likely protecting its young, explains the RGO. 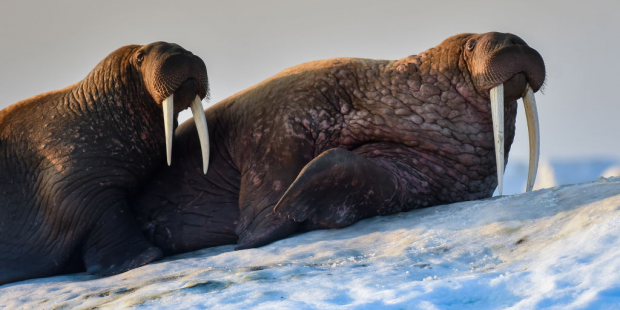 The Altai was sent out by the Russian navy's North Fleet, which was sailing away towards Franz Josef Land archipelago in the Arctic with researchers from the Russian Geographical Society on-board. In order to get to the Altai shore the crew had to get off the larger vessel and onto a smaller landing craft, which is when things got serious.

A female walrus appeared and attacked one of the expedition boats, sinking it. The research group explained: "Walruses attacked the participating boat. The boat sank, but the tragedy was avoided thanks to the clear actions of the squad leader. All the landing participants safely reached the shore".

Russia being Russia you shouldn't be surprised that the Russian military hasn't admitted to any losses of equipment, but a protective female walrus took down an entire boat -- an act that is thought of as a protective measure for her cubs.

The Russian navy's Northern Fleet explained in its own way that the "group of researchers had to flee from a female walrus, which, while protecting its cubs, attacked an expedition boat".