Valve has kicked off the Dota 2 The International tournament with an eye-popping $33 million prize pool up for grabs, with a first prize of $15 million. Second prize is still a hefty $4.3 million, while third will net $3 million. 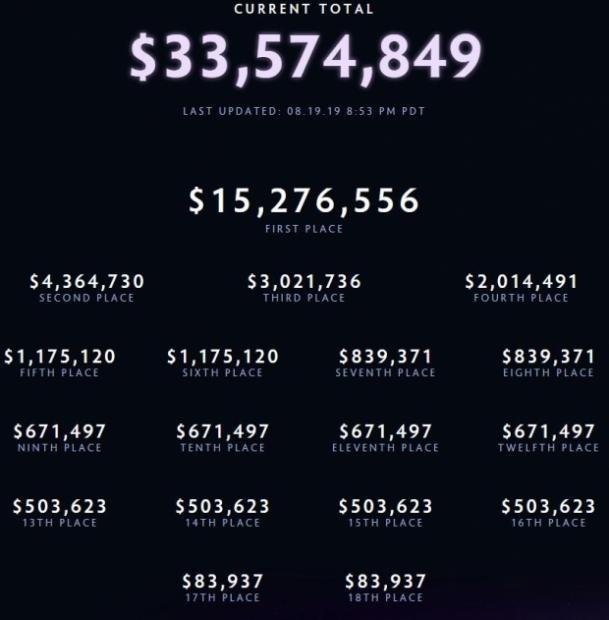 There are 18 places with $33.5 million up for grabs in The International 2019, with 18th place still a large $83K. Valve had a huge $25 million prize pool for the 2018 competition, so we're already at $8 million over the prize pool from last year -- and up significantly from the $1.6 million from the first International tournament in 2011.

The way the prize pool works is that as fans continue to buy in-game items for Dota 2, a large 25% of these sales are injected into the prize pool for The International. The more gamers spend, the more that tournament players have in their prize pool - and these numbers aren't dying down.

Gamers can continue buying Dota 2 in-game items with proceeds continuing to flow into the prize pool through to August 25.

You can watch it all here on Twitch.