Respawn Entertainment took many of the best elements from Dark Souls and Sekiro and jammed them into their new Jedi power fantasy. 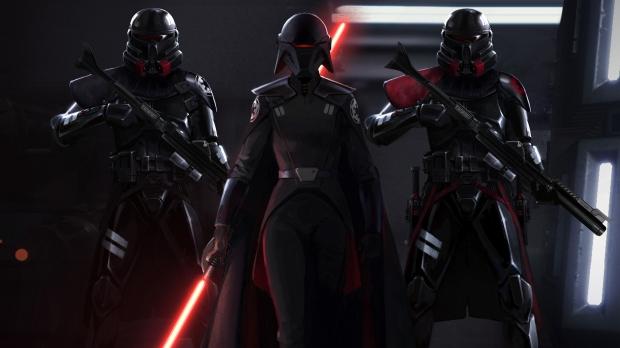 Right away Jedi: Fallen Order brings Dark Souls to mind. Instead of using a medieval weapon, you're using a lightsaber, and instead of eldritch magics, you wield Force powers. But the core combat framework is quite similar--there's rolling, dodging queues, and striking combos. But one critical feature makes Jedi: Fallen Order more like Sekiro: the lack of a stamina bar. This freedom was extremely important for Respawn at the start.

"I thought it was pretty badass, and a little comforting to know that you could make this type of game without a stamina bar. [Sekiro] lets you attack, it lets you roll, it does all this for free - and then the AI will tell you if you're doing the correct thing," game director Stig Asmussen said in a recent interview with EDGE Magazine.

This healthy attitude won't restrict players and force them to carefully micro-manage each attack. It should afford a more fluid and natural system built around intuition rather than careful planning.

"It just confirmed to us that you don't have to limit everything the player does. Let them have a little more agency, and then let the AI give them a slap on the wrist or a punch in the face. It was a positive thing for us to know there was a game that was similar to ours. Very similar."

Even without a stamina bar, the game's self-described "thoughtful combat" system will be challenging and has lots of depth. It's build around identifying and exploiting weaknesses. Asmussen says Jedi: Fallen Order's combat will be easy to pick up but hard to master.

Jedi: Fallen Order also borrows heavily from third-person adventure games like Uncharted. There's exploration, wall-running, searching areas for clues, and overall Indiana Jones-esque traversal. In many ways, it's a fusion of Uncharted, Sekiro, and The Force Unleashed, all wrapped with force powers, lightsaber battles, and a Metroidvania style.