Corsair has been making big inroads into the hearts and souls of PC gamers across the world for years now, extending into new markets every year and acquiring companies along the way.

Once Corsair has acquired Origin PC it could see its hardware and product stack, including game streaming and product lines from Elgato, rolled into systems across the US. Origin PC also recently showed off its Big O PC which combined an Xbox One, PS4, Nintendo Switch and gaming PC all into one. The PC packed a bunch of Corsair goods, but imagine a future where Corsair actually owns Origin PC.

Interesting rumor, and something that will definitely stir the pot in the coming days while we wait for confirmation. 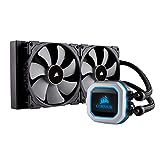