Keep your Jedi acrobatics and lightsabers; let me play as this alien who looks like Carl from Aqua Teen Hunger Force. 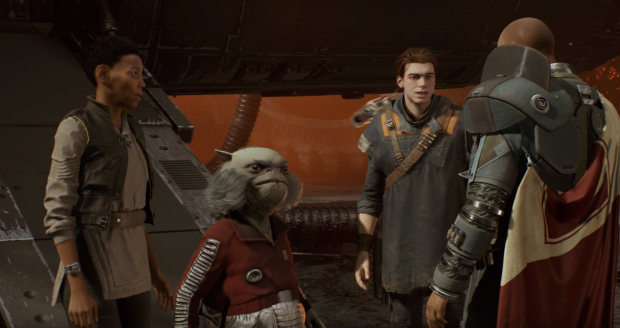 Star Wars never really took itself too seriously. It's known for blending somber Hero's Journey stories with goofy humor, often personified with wacky aliens. Respawn's big new Jedi: Fallen Order game will be no different, and has an awesome alien character that just steals the show. His name's Greez. He's got four arms, he's balding, and just the way he dresses and carries himself makes me think of Carl Brutananadilewski from Aqua Teen.

Recent reports that an alien protagonist would "alienate" Star Wars fans got me thinking about spin-offs starring sidekicks or token characters. What if we got a game where you're not a Jedi, but a scrappy bounty hunter or even a wheeling-and-dealing criminal ship pilot? What if the whole game was centered around a kind of seedy underbelly--wait, I'm just thinking of cancelled Star Wars games like Visceral's Ragtag and Star Wars 1313, aren't I?

Still though, it could work. And Greez is proof of this.

Greez isn't as feisty or obnoxious as Carl, but he could pass as a cousin from another world. He'd even fit perfectly in Spaceballs 2: The Quest for More Money. 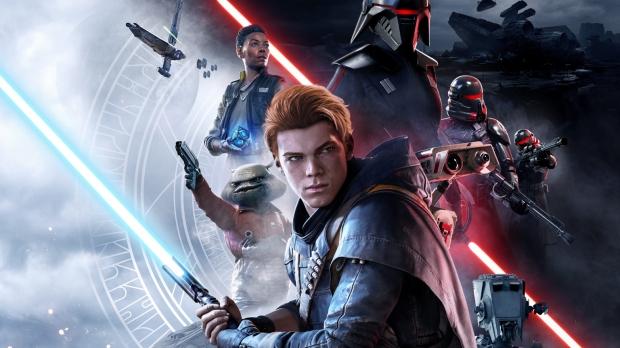 Greez has some style too, rocking some old-school astro pants and an Atari-style jacket. He looks like a Men in Black extra-terrestrial from the heart of Brooklyn that'd deliver a snippy one-liner to Will Smith, and kind of like those weird mushroom things in Mom and Dad Saves the World (who remembers that movie?) Greez is the pilot of the game's ship, the Mantis Stinger, and he's just plain awesome.

The most recent Jedi: Fallen Order footage briefly showed off Greez in all of his weird, awkward-but-somehow-awesome glory. We got one line: "How ya doin?" But it instantly showed humans and aliens aren't that different, allowing us to relate to Greez and his goofy confidence. I think everyone knows someone like Greez, maybe it's an uncle who loves disco. Or maybe it's a neighbor who walks around in flip-flops and sweatpants.

I hope we get to see more of Greez in upcoming Jedi: Fallen Order footage. We need some more ridiculousness in Star Wars, and Greez brings it in spades. It shouldn't always be about the epic battle of good and evil, y'know?