AMD is expected to unveil its next generation Navi GPU architecture at Computex 2019 next month, with a full unveiling according to my sources at E3 2019. But now, we have our first look at the PCB. 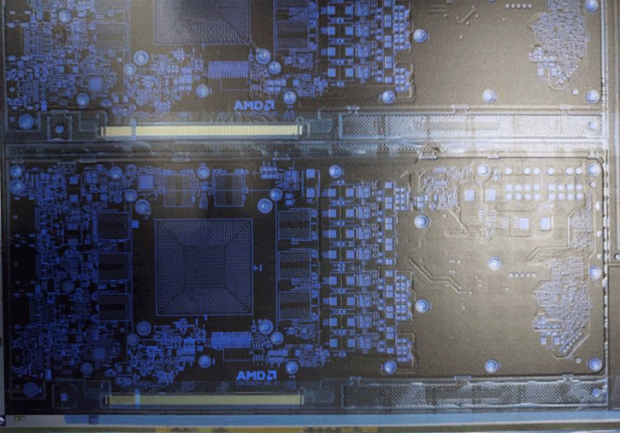 A new post on Baidu shows off a purported Navi PCB that has provisions for GDDR6 memory, with either 8GB or 16GB of the faster VRAM. If the first wave of Navi GPUs arrive with a 256-bit memory bus and 12-14Gbps clocks on the GDDR6, we should expect between 384-448GB/sec of memory bandwidth.

This level of performance with the improvements under the hood courtesy of the Navi GPU architecture, we can expect what I've reported on before - - GeForce RTX 2080 levels of performance. It'll make Vega irrelevant (which is mostly was anyway) and allow AMD to once again compete in the high-end market (discounting Radeon VII which was never built as a consumer graphics card).

The PCB shows us we can expect 2 x 8-pin PCIe power connectors that would allow the card to use up to 300W of power, which isn't out of the norm for AMD. Most of their high-end cards have been power hungry for generations now, but I'm expecting much less power consumption from Navi, something we'll need to wait and see about.