A new trailer has been released onto the monster hunter YouTube Channel and it introduces us to a brand new collaboration that will take players on epic quests filled with Witcher themed loot. Capcom have teamed up with CD Projekt Red to bring Monster Hunter players a brand new quest line featuring Geralt of Rivia. Players will use Geralts classic silver sword to cut down monsters in a special assignment contract called "Trouble in the Ancient Forest". This quest line will have multiple endings depending on what path the player takes when faced with difficult choices.

Players will need a Hunter Rank of 16 to accept the quest, which means the main story of Monster Hunter World needs to be completed. Unlike other special events in Monster Hunter World, the Witcher quests and gear won't be removed after a certain amount of time, they will instead be available permanently. This collaboration event will begin on PC on May 9th, for more information head on over to the Steam listing for Monster Hunter World here. 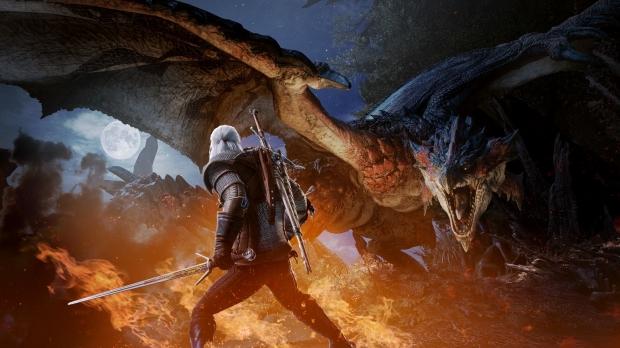