The PlayStation Japan Countdown Live Stage Event has kicked off and during the show some brand new gameplay footage for Sekiro: Shadows Die Twice has been showcased. 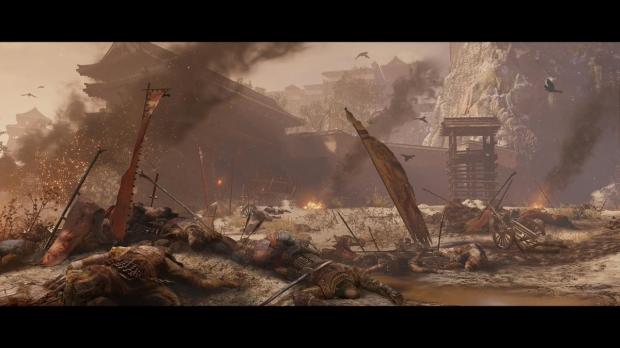 Sekiro: Shadows Die Twice is FromSoftware's newest upcoming title, with the game planning on being released next week across PC and consoles gamers can now check out some high-level gameplay from the games lead designer, Masaru Yamamura. The footage was released onto Twitch.tv and a link to it can be found here. If you skip to about the one hour mark, Yamamura takes viewers to a level engulfed in flames and gives us a great display of the new grapple mechanic.

We see Yamamura traverse the level covering quite a distance and using the environment to his advantage. Players that are planning on picking up Sekiro: Shadows Die Twice should take note of the use of corners, distractions, back-stabs and enemy movements. Doing this will allow for future players to walk into the game with a slightly better understanding which could result in less initial deaths for the player. Sekiro: Shadows Die Twice is planned for release on Xbox One, PlayStation 4 and Xbox One on March 22nd. For more