If you are a Super Smash Bros. Ultimate fan and enjoy collecting Nintendo's amiibo's, then this new is will certainly make you happy. A image that has surfaced online showcases the designs for some unannounced amiibo's.

The above image was originally released onto Reddit and an amiibo discord, it showcases some unnannounced designs for Pokemon Trainer and Snake. According to the information provided, this image was sourced from a Japanese guide to Super Smash Bros. Ultimate, but as Smash Ultimate is very prone to photoshop hoaxes please do take this information as not confirmed as just yet.

It was confirmed throughout the Super Smash Bros. Ultimate Direct that each of the fighters within Smash Ultimate would be receiving their very own amiibo figure. What we didn't know was the designs for each of the new and returning fighters, and we are still yet to see the designs for the placeholder names around Snake and Pokemon Trainer; Piranha Plant, Ivysaur, Chrom, Squirtle, Ridley, Dark Samus, Simon Belmont and Richter Belmont. Super Smash Bros. Ultimate is currently exclusively available on the Nintendo Switch. 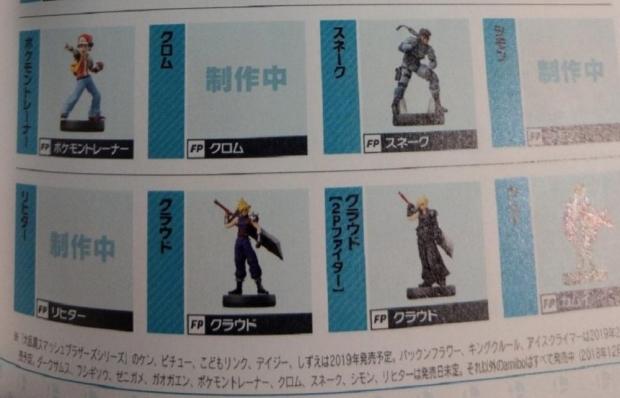