To culminate the Year of the Dragon, ZeniMax Online brings fearsome dragons back to the world of Tamriel in a huge new expansion. 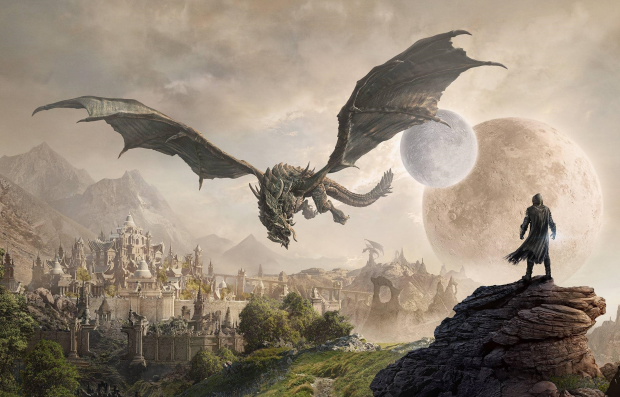 Set in Elsweyr, the expansion takes players across the arid deserts and tropical jungles the Elder Scrolls' Khajiiti cat-people call home. Players will encounter skooma farmers, bandits, and Imperials vying for control of the exotic land, all wrapped in a 30-hour new storyline that delves into the deep lore and history of the mysterious Khajiit.

Dragons are back and will set Tamriel ablaze with fire and fury. These winged beasts roam the skies and represent endgame bosses that players have to team up to defeat, possibly in the new 12-man Sunspire trial. Another major addition is the new necromancer character class, who can summon the undead and dish out serious damage with elemental attacks. The necro should have some interesting skill and party synergies, and we can't wait to see what kinds of builds players will cook up. 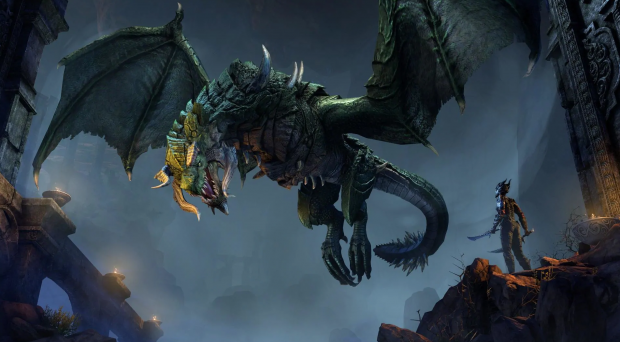 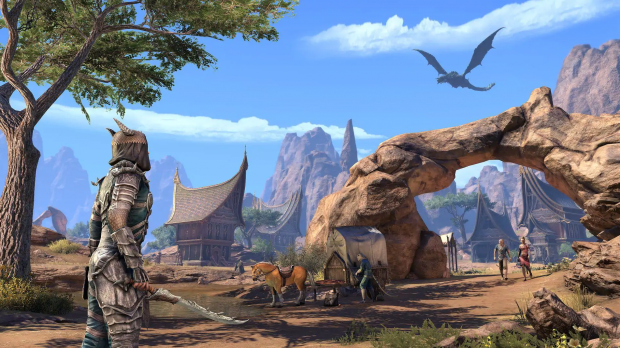 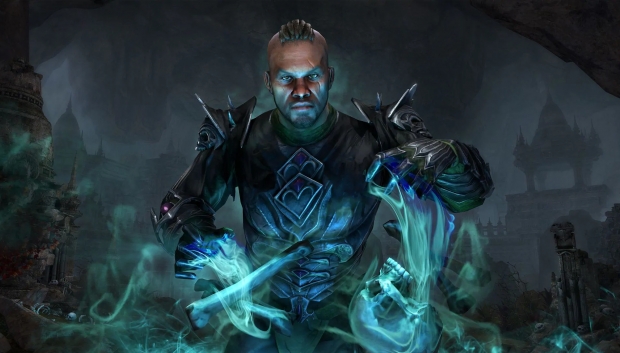 Elsweyr is packed-full of new stories, adventures, and challenges, including:

ZeniMax should unveil much more information about Elsweyr in the coming months, and be sure to check below for official descriptions straight from the developer.

The Elder Scrolls Online: Elsweyr will launch on June 4, 2019 for PS4, Xbox One and PC. The upgrade from previous editions will cost $40, or gamers can buy Elsweyr and all previous expansions for $59.99.

The new Elsweyr zone adds yet another massive landmass to the ESO world for fans to explore. The home of the Khajiit is laden with moon sugar farms, fertile grasslands, scorching deserts, and palatial cities as well as a host of new monsters and enemies. Elder Scrolls veterans may recall exploring the province of Elsweyr in The Elder Scrolls: Arena as well as its outer edges in The Elder Scrolls Online's regions of Reaper's March and Khenarthi's Roost.

Also coming in ESO: Elsweyr, the game's first new class since 2017's Morrowind Chapter -- the highly anticipated Necromancer. With this dark, mysterious Class, players will command the dead and cast powerful elemental spells to overcome foes and bolster defenses. With the Necromancer, death itself is a weapon.

SEASON OF THE DRAGON

NEW CONTENT IS FOR BOTH FIRST-TIME AND VETERAN PLAYERS

As always, The Elder Scrolls Online's unique Chapter structure and level-scaling mean that new content is easily -- and instantly -- accessible for both new and veteran players. Both level one and max-level fans will find challenges in Elsweyr that they can play side-by-side, exploring and conquering the new zone and stories together.