Recent events in eSports reminds competitors, athletes, and players about the dangers of over-relying on a big publisher for specific things, especially non-employee incomes. 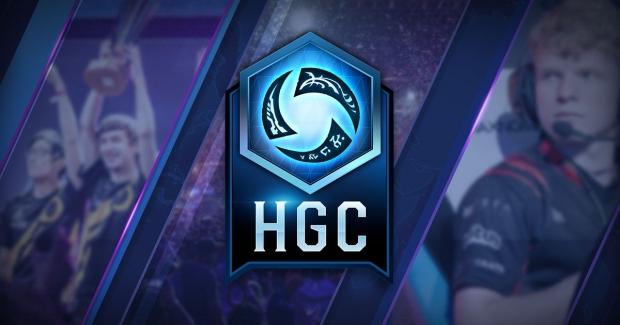 Blizzard's arbitrary and sudden decision to cancel Heroes of the Storm's future eSports tournaments has left many without a job or a source of income. This kind of switch-off can happen at any time to any eSports branch, effectively cutting hundreds of people off from a paycheck. A recent Kotaku article really drove the point home and really made me think about what eSports actually is and how it can be a risky venture for competitors.

Let's get one thing clear: eSports exists solely as a marketing tool. It's all about engaging players with the promise that, if you play hard and long enough, you could one day be on that stage earning millions. It's not about the betterment of the community, so to speak, or arming pro players with cash: it's about bringing maximum exposure to millions of consumers in a competitive sports-like setting. eSports is only a thing because corporations use it as a combined way to reach average consumers, engage a playerbase (which is then monetized with special events, themed skins, or even paygates), and run ads.

This can be lucrative, and SuperData says Gaming Video Content (streams, eSports, etc) made $4.6 billion in 2017. It's a mish-mash of different strategies, a kind of TV show broadcast for a game, and operates on specific metric goals. When those goals aren't met and when the tournaments no longer spark game sales or, in the case of Heroes of the Storm, player spending on microtransactions, these tournaments are typically dialed back or cancelled altogether.

While the Overwatch League is in good shape with millions tuning in and pro sports teams sponsoring or outright running key eSports teams, some games just don't make the cut. Heroes of the Storm was one of the casualties of Overwatch's wide shadow, and Blizzard cancelling the Heroes Global Championship and Heroes of the Dorm events basically closed the door on many paid brand ambassadors who effectively acted like grounded, game-focused and community-integrated PR spokespeople for the game.

As we understand it, Blizzard paid key influencers like pro players a salaried rate in conjunction with payouts from big tournaments. Broadcasters also received funds for streaming the game and engaging the playerbase.

Pro players who practiced months and months to hone their skills saw their efforts completely devalued overnight, and likewise with their payouts. When it comes to Heroes of the Storm's eSports, Blizzard is no longer willing to spend money to make money.

"We've also evaluated our plans around Heroes esports-after looking at all of our priorities and options in light of the change with the game, the Heroes Global Championship and Heroes of the Dorm will not return in 2019. This was another very difficult decision for us to make. The love that the community has for these programs is deeply felt by everyone who works on them, but we ultimately feel this is the right decision versus moving forward in a way that would not meet the standards that players and fans have come to expect."

This debacle presents an important lesson for all eSports competitors: don't rely solely on publisher payments. It's easier said than done, though, especially if you're not super big. Branching out with business ventures is a potential option (which is risky in of itself), or keeping a part-time job or working on a career. But as any big YouTuber will tell you, being at the mercy of a corporation as an influencer isn't great.

Your livelihood could simply be switched off at any point so it's best to have a backup plan. eSports, like many businesses and money-making methods, can be a temporary thing.