Amazon Japan is not slowing down in terms of offering Super Smash Bros. Ultimate players the 'Ultimate' package. In celebration of Cyber Monday, Amazon Japan has brought together a massive 63 Amiibo fighter bundle set available to purchase. 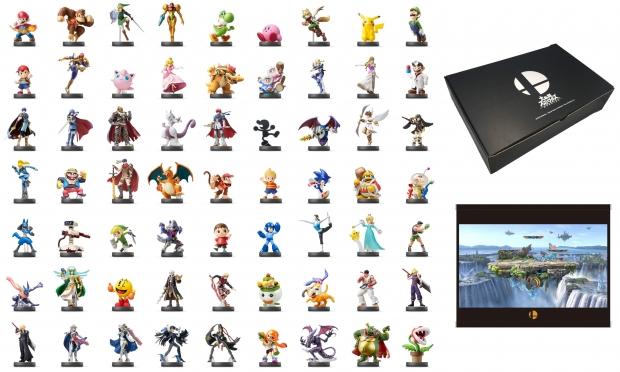 The above image shows that the bundle will contain a very large range of fighters and will also come with limited edition hanging scroll of the Super Smash Bros. battlefield stage. All of the fighters will be arriving in a limited edition Smash Ultimate storage box.

This Amiibo set is so limited edition that there is only 50 sets available before it is sold out. Unfortunately, the Western regions haven't got a similar kind of deal going on, but if we were to estimate how much this set would cost in the west we would say it would be upwards of $650+. With the average Amiibo coming in at about $13 each and there being 63 of them, $650 may even be low balling the price due to the lack of shipping additions etc. If you want to check out the listing on Amazon Japan for yourself, a link can be found here.