To celebrate the release of 'Ant-Man and the Wasp' on home video, we have five amazing 4K gift packs to give away thanks to our friends at Disney Home Entertainment. Each pack contains a copy of the film on 4K Ultra HD Blu-ray, a keychain, phone stand, notebook, T-shirt, watch and duffel bag. 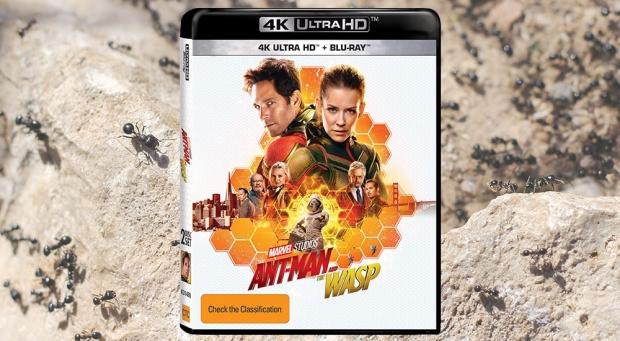 Scott Lang is grappling with the consequences of his choices as both a superhero and a father. Approached by Hope van Dyne and Dr. Hank Pym, Lang must once again don the Ant-Man suit and fight alongside the Wasp. The urgent mission soon leads to secret revelations from the past as the dynamic duo finds itself in an epic battle against a powerful new enemy.

To go into the running to win a prize, post this article to your social media profiles, correctly answer the following question and send your postal address to ben at TweakTown dot com before the competition closes on November 16.

Name the original creators of the 'Ant-Man' character.

'Ant-Man and the Wasp' is available to purchase on 4K Ultra HD Blu-ray, 3D Blu-ray, Blu-ray and DVD at Australian retailers from November 14.