Black Ops 4 has a surprise feature for couch gaming: split-screen mulitplayer in Blackout. 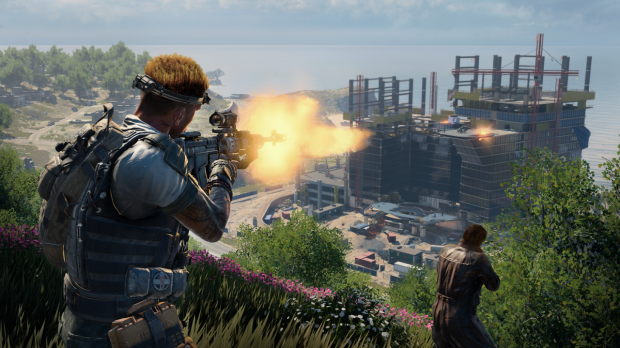 With a smattering of choas-inducing content like zombies and nostalgic Black Ops callbacks, Call of Duty: Black Ops 4's Blackout mode is already a huge contender against Fortnite's long-running BR reign, and now it has another weapon in its arsenal. Soon after Blops 4's release gamers noticed that Blackout actually supports two-player split-screen gaming on the same console. Split-screen used to be a must-have staple for FPS games, but now the industry has pushed towards online services with microtransactions and whatnot, the feature has basically died out. But not any more.

The feature is currently only available for PS4 and Xbox One consoles, and rightly so given game consoles are typically the center of any living room. Honestly this is surprising given Activison's main focus is online-based engagement (live services monetized with in-game purchases, DLC, etc), especially since Black Ops 4 is now the best-selling digital launch day game in the company's history.

At the same time Treyarch's David Vonderhaar did tease split-screen could make it at some point. We're glad the feature isn't dead and hope to see a resurgence of couch PVP and co-op action in today's biggest shooters.