Star Citizen is still on its way and during the CitizenCon 2948 event the developer has shown off a brand new trailer for Squadron 42, which is filled with some huge acting talent from Hollywood. Check out the trailer below.

The trailer looks pretty damn incredible on its own, but 2 minutes 26 seconds into the trailer I noticed something instantly: holy sh*t that's Henry Cavill. Cavill plays Kal-El/Clark Kent/Superman in Man of Steel, Batman v Superman: Dawn of Justice and Justice League. He's an avid gamer and if you didn't know, was in a World of Warcraft raid when his agent called to let him know he won leading role in Man of Steel.

Roberts Space Industries has amassed $194 million in crowdfunding for Star Citizen so far, with these funds going towards building one of, if not the most ambitious game of all time. It also allows Chris Roberts and his sprawling team of developers across multiple studios throughout the world to hire some very big names from Hollywood, including Cavill and Hamill, as well as X-Files star Gillian Anderson. Gary Oldman and Mark Strong are another two actors that join the A list cast of Squadron 42. 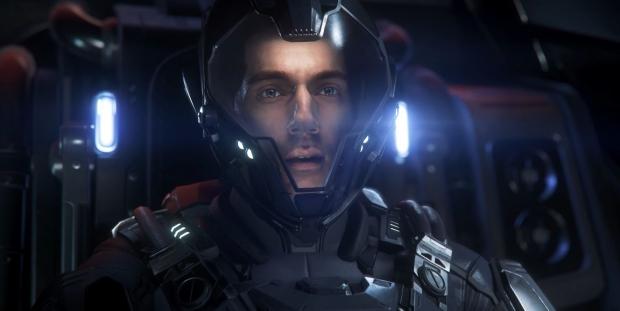