The revamped Surface Studio 2 might not look that different from the outside, but there is a lot of new things going on under the hood. There are upgraded NVIDIA Pascal-based graphics, up to 32GB of RAM, up to 2TB of SSD, and much more. Microsoft says this is the fastest Surface ever. The GPUs inside of the new Surface Studio 2 will include options for a GeForce GTX 1060 6GB and GTX 1070.

The same 28-inch display is here but this time Surface Studio 2 is 38% brighter, and has 22% more contrast. This is because Microsoft used a new LCD and oxide transistor technology. Microsoft has added USB-C support and Surface Dial integration with the new Surface Studio 2 including the latest and greatest Surface Pen.

The new Surface Studio 2 is open for pre-order in select markets, with November 15 the day they'll start shipping. 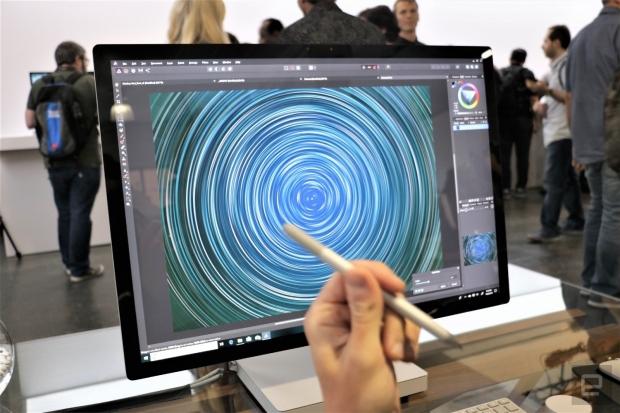