We already know so much about Intel's upcoming Core i9-9900K except for the correct CPU clock speeds, and according to the latest rumors we could be in for a treat. 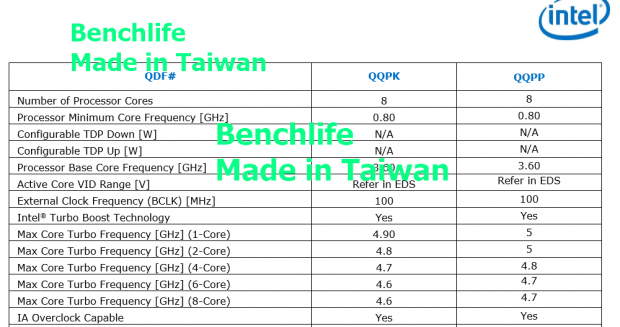 The Core i9-9900K will mark Intel's first step into the consumer 8C/16T processor world, something AMD has absolutely dominated for over a year now with the first-gen Ryzen 7 1800X followed by the new Ryzen 7 2700X. The new 9th-gen CPU will be an 8C/16T chip on the 14nm node by Intel (since their 10nm is delayed into 2020) with a newly-teased single-core CPU clock of 5GHz.