SEGA has released a new short video onto their Sonic the Hedgehog YouTube Channel, the video details the mechanics players will be expeirencing on the racing track.

From the video we can see numerous ways players will be able to catch up from lower positioned races, mechanics such as Skimboost will propel struggling teammates forward once you pass them. Slingshot will do the same thing but will only work if a player drives through another team mates slipstream, if this is done then the player that is behind the team mate will receive a substancial boost.

Rival Takedown is quite straightforward, if a player knocks out a competing racer then they can speed past them. Item Box Transfer allows for teammates to trade items to one another from anywhere on the track, if used correctly this should allow for players to strategically keep all team mates at around the same speed. Team Ultimate boost can be used by team mates once the Team Ultimate meter has been fully filled, using this mechanic will unleash a massive boost to all team members. For further information regarding Team Sonic Racing, visit the official Team Sonic Racing website here. 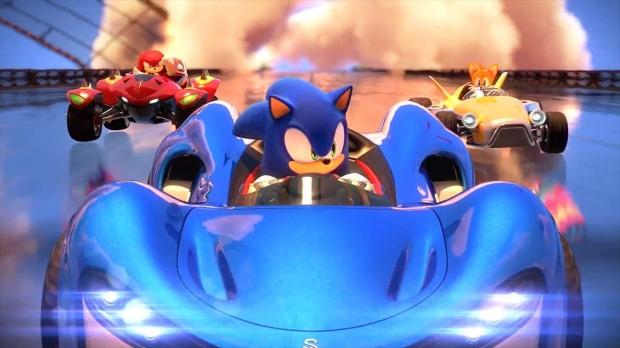