As we move closer to the release of Shadow of the Tomb Raider, Square Enix and Crystal Dynamics have revealed a further 35 seconds of gameplay footage. This time they are showcasing the titles numerous gorgeous locations and environments.

Just last week, Square Enix decided to release 10 minutes of gameplay footage of Shadow of the Tomb Raider to their YouTube Channel. The footage revealed the immersion players will be in control of and also the largest hub world ever created for a Tomb Raider game, the city of Paititi. This new gameplay footage that was released yesterday showcases to players the many different environments Lara will have to tackle, we can see thick jungles, mountains, cliffs, waterfalls, temples and small towns.

According to the description of the video, the world will be absolutely stunning but will also be equally as dangerous. Main story line wise, the title is reported to be coming in at a length of 13 - 15 hours, which isn't including side missions. So it is completely up to players whether they want to stick it out in harsh environments and explore, or just rush to the end to stop the Maya apocalypse. Shadow of the Tomb Raider recently just went 'gold' for development and is ready for manufacturing, if you missed out on that story catch up on it here. Shadow of the Tomb Raider is set for release on September 4th on the PlayStation 4, Xbox One and PC. 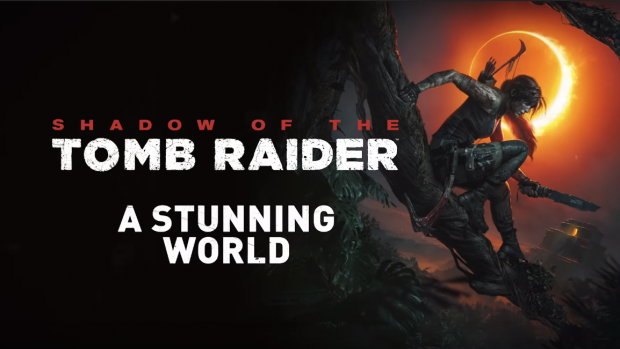